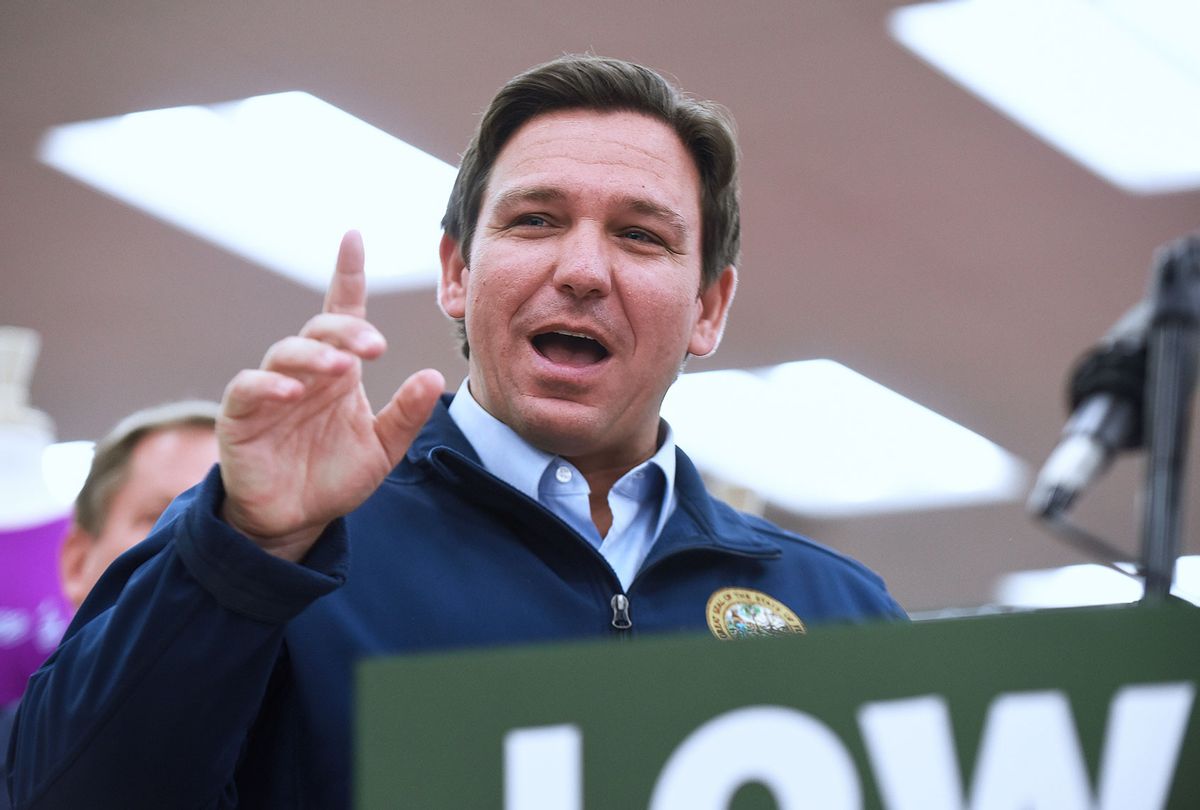 According to a report from Politico’s Matt Dixon, wealthy contributors to Donald Trump’s two presidential campaigns are now showering Florida Gov. Ron DeSantis with campaign contributions as they hedge their bets on the 2024 election.

As Dixon notes, several big-money contributors have begun making large campaign contributions to the Florida Republican after ignoring him when he previously ran for governor.

As Dixon notes, this should set off alarms in Mar-a-Lago.

“DeSantis has attracted the attention of some of the nation’s wealthiest Republican donors, including many who were key financiers of Trump’s reelection bid or backers of high profile Republican candidates and causes, according to POLITICO analysis of campaign finance data,” he wrote before adding, “Most of the high-dollar donors had never given contributions in state-level Florida elections, while those who have previously provided funds have significantly increased their spending for DeSantis during the 2022 midterms.”

Although the contributions are for DeSantis’ current re-election campaign, the sudden interest in his political fortunes in a state where he will likely waltz to a win appears to show that donors are looking past Trump in 2024.

According to longtime GOP donor Francis Rooney, who grew disenchanted with Trump and felt he should have been impeached, “I think Ron’s fundraising really speaks for itself. It is possible Trump’s percentage of the Republicans keeps going down and I think it’s possible people will start looking elsewhere.”

Shiree Verdone, who served as Trump’s campaign co-chair in Arizona, claimed more big donors may soon jump on the DeSantis bandwagon,. explaining, “I know a lot of donors who are kind of in wait-and-see mode. They really, really like DeSantis, who is very popular, but you don’t want to upset Trump.”

According to the Politico report, “Major Trump donors contributing to DeSantis since his 2018 campaign for governor includes William Buckley, a retired venture capitalist with a home in Lost Tree Village — a wealthy Palm Beach County enclave that’s home to some of the nation’s largest political donors. Buckley gave $1 million. Major GOP donor Richard Uihlein, an Illinois-based businessman who supported DeSantis in 2018, contributed $700,000 to the governor four years ago. He and his wife, Elizabeth, have given $1.2 million in 2022.”

“The Florida governor is also drawing huge political support from mega GOP donors who said they would not support Trump in the future, most notably Ken Griffin, the billionaire founder of Chicago-based Citadel LLC. He has been one of DeSantis’ biggest benefactors, giving $5 million in both the 2018 and 2022 election cycles. He did not contribute to Trump in 2020, and has publicly said he will not support him moving forward,” Dixon reported.

Explaining the exodus from the former president, Rooney bluntly stated, “The guy is so mercurial. And there are so many things floating around from lawsuits to the Jan. 6 stuff. If the primary were today, Trump gets it, but I think his popularity is going down.”

You can read more here.

Read more on the Sunshine State governor with his eyes on bigger things: