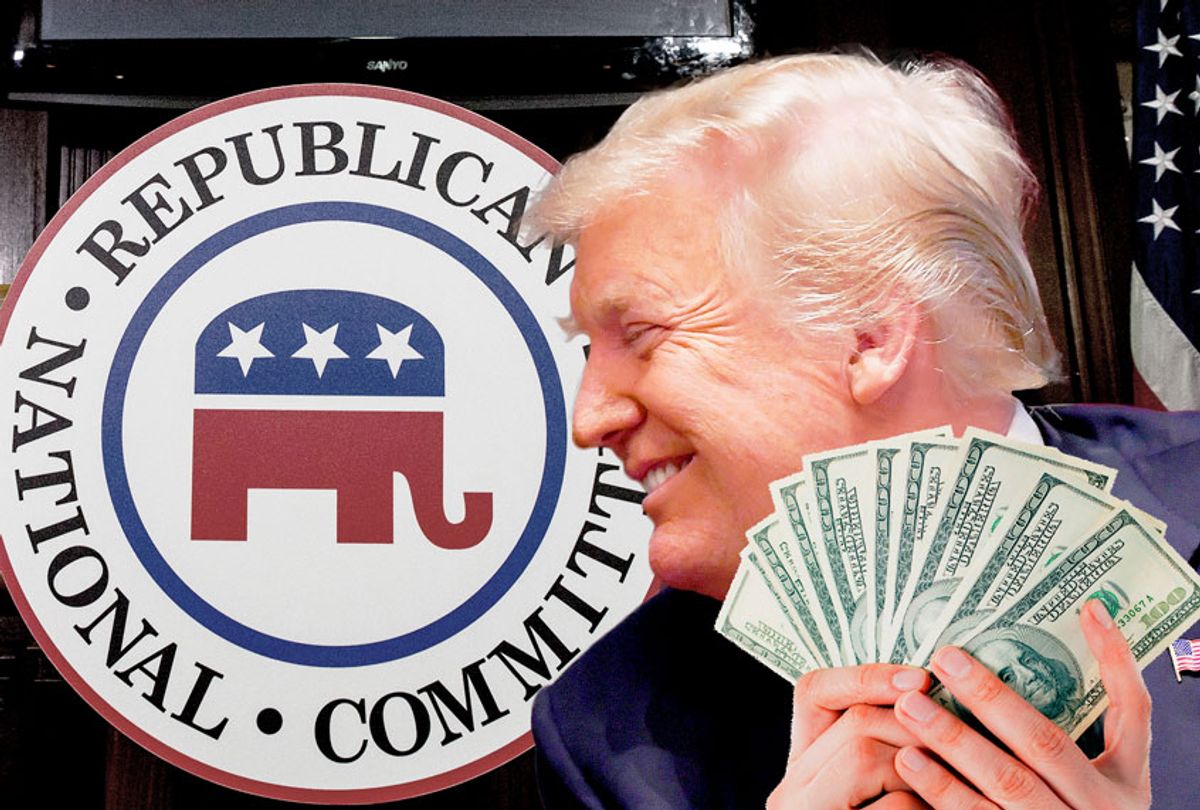 On Friday, The Daily Beast reported that former President Donald Trump is now asking supporters on his email list to chip in money to help him fight his lawsuit against CNN.

This comes in spite of the fact that the lawsuit, announced last week, has not yet actually materialized and Trump has not taken any formal steps to initiate legal action against the cable network.

“Instead of court documents being filed, Trump appears to be more preoccupied with begging followers to send in money to ‘support’ the so far non-existent legal action,” reported Zachary Petrizzo. “A new fundraising message sent out from the ex-president on Friday said: ‘I’m calling on my best and most dedicated supporters to add their names to stand with me in my impending LAWSUIT against Fake News CNN.’ ‘Add your name IMMEDIATELY to show your support for my upcoming lawsuit against Fake News CNN,’ the email continued, linking to a donations page.”

“It was one of two fundraising messages sent out,” continued the report. “Trump touting a potential CNN lawsuit comes as the Republican National Committee has said they will stop paying the ex-president’s legal bills upon him declaring his candidacy for president.”

The lawsuit, which Trump threatened in a cease-and-desist letter to CNN, is demanding that the network remove all uses of “Big Lie” and “lying” from articles about the former president’s crusade to overturn the 2020 presidential election. There remains no evidence to support any of Trump’s claims that the election was somehow stolen or rigged.

Commentators have broadly ridiculed Trump’s threat to sue CNN, with Steve Chapman writing for the Chicago Tribune, “You don’t need to have passed the bar exam to know that no one at CNN will lose sleep over his demand that the network “publish a full and fair correction, apology, or retraction” of dozens of statements accusing him of a cynical campaign of deceit. Trump is more likely to win the Olympic decathlon than to prevail in this dispute.”