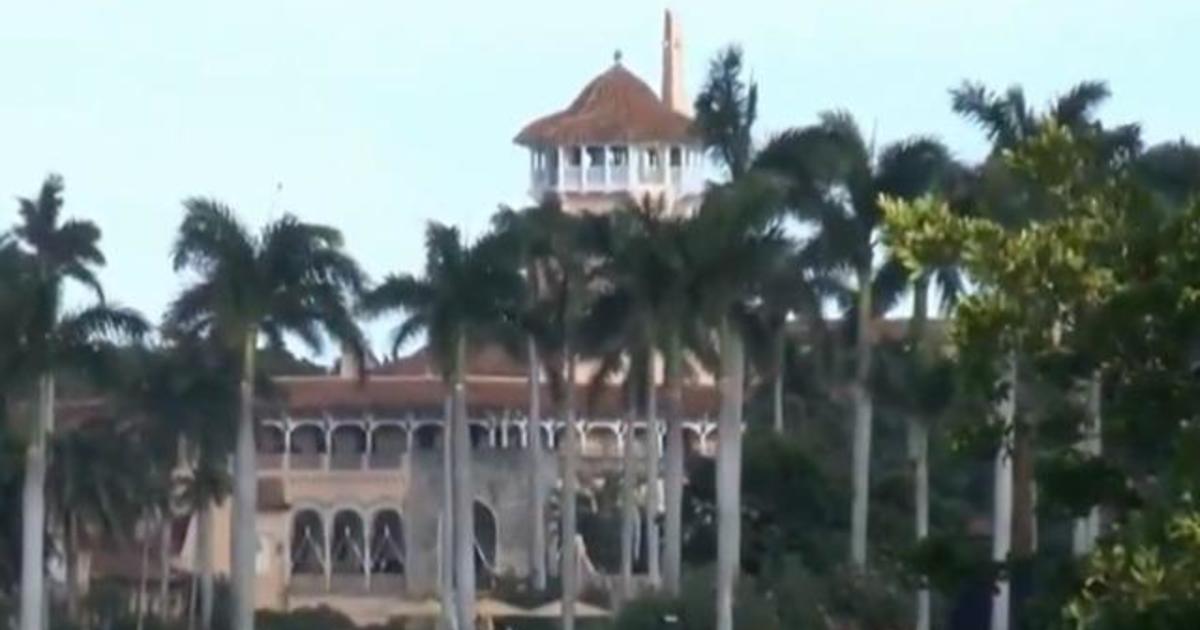 MIAMI – On Monday afternoon, former President Donald Trump said that his Mar-a-Lago home in Palm Beach was being raided by the FBI.

Two sources confirmed to CBS News that the “raid” was connected to White House records.

In February, the National Archives asked the Justice Department to investigate Trump’s handling of White House records. The National Archives said in February that some of the documents Trump turned over to them had been ripped up and taped back together, and that classified materials were found amid 15 boxes of records it retrieved from Mar-a-Lago in January.

On Monday, New York Times reporter Maggie Haberman released photos from her upcoming book that appeared to show at least two instances where Trump tried to flush documents down the toilet.

Here is part of what the former president had to say in a written statement:

“These are dark times for our Nation, as my beautiful home, Mar-A-Lago in Palm Beach, Florida, is currently under siege, raided, and occupied by a large group of FBI agents.”

“Nothing like this has ever happened to a President of the United States before.”

“After working and cooperating with the relevant Government agencies, this unannounced raid on my home was not necessary or appropriate.”

“It is prosecutorial misconduct, the weaponization of the Justice System, and an attack by Radical Left Democrats who desperately don’t want me to run for President in 2024, especially based on recent polls, and who will likewise do anything to stop Republicans and Conservatives in the upcoming Midterm Elections. Such an assault could only take place in broken, Third-World Countries.”

“Sadly, America has now become one of those Countries, corrupt at a level not seen before. They even broke into my safe! What is the difference between this and Watergate, where operatives broke into the Democrat National Committee? Here, in reverse, Democrats broke into the home of the 45th President of the United States.”

Under the Presidential Records Act, documents received and sent by the president are required to be preserved by the office.

CBS4 has learned Trump was in New York and not at his Palm Beach estate while the search was being conducted.

The CBS Miami team is a group of experienced journalists who bring you the content on CBSMiami.com.