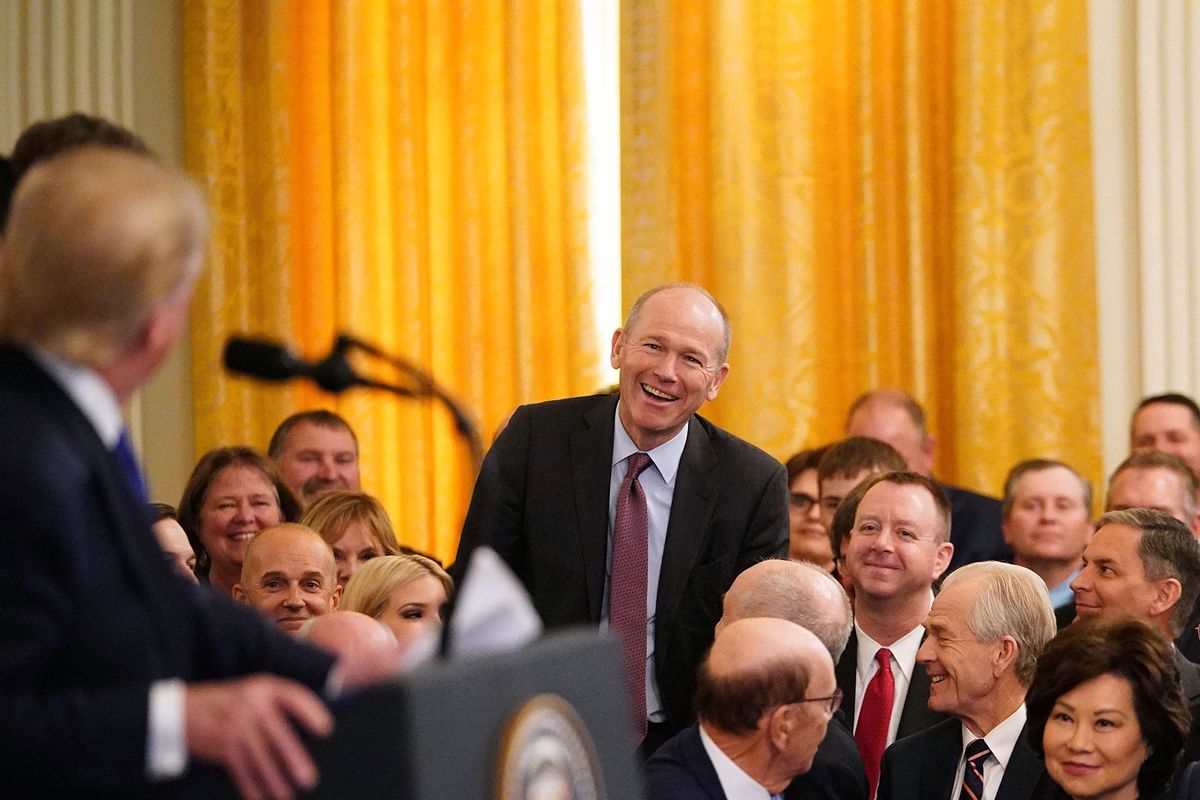 Boeing CEO Dave Calhoun told investors on Wednesday that he regrets striking a deal with Donald Trump to build the former president’s Air Force One plane, saying that the company “probably” shouldn’t have agreed upon the terms.

“Air Force One I’m just going to call a very unique moment, a very unique negotiation, a very unique set of risks that Boeing probably shouldn’t have taken,” Calhoun said on a call with analysts. “But we are where we are, and we’re going to deliver great airplanes,” Calhoun said, shortly after Boeing reported a loss for the first quarter of 2022.”

“And we’re going to recognize the costs associated with it,” he added.

The deal involved the construction of two replacement aircrafts for the Trump administration as part of a $3.9 billion contract signed between Trump and Boeing in 2018. According to Calhoun, the company has lost $1.2 billion as a result of the agreement and was forced to take a $660 million write-down for Air Force One.

RELATED: Trump wants his fans to pay for new “Trump Force One” plane after emergency landing

“Yes, they were written off the day we took them, knowing that we would be investing a fair amount of our own money,” the executive explained.

The deal was originally cut by then-CEO Dennis Muilenburg. (Calhoun, who was sitting on the company’s board at the time, took over as CEO in January 2020.)

It was structured as a fixed-price contract that put the company at risk of internalizing costs that rose as a result of the current supply chain crisis.

At the time the deal was announced, Boeing said that it was “proud to build the next generation of Air Force One, providing American presidents with a flying White House at outstanding value to taxpayers.” The Trump administration has also claImed that the contract would save taxpayers over $1.4 billion.

However, that promise has yet to bear out.

Last year, the company sued a subcontractor over alleged delays in the project, which remains underway in San Antonio, Texas. A recent Air Force report predicted that a U.S. president may not step foot in them until 2026.