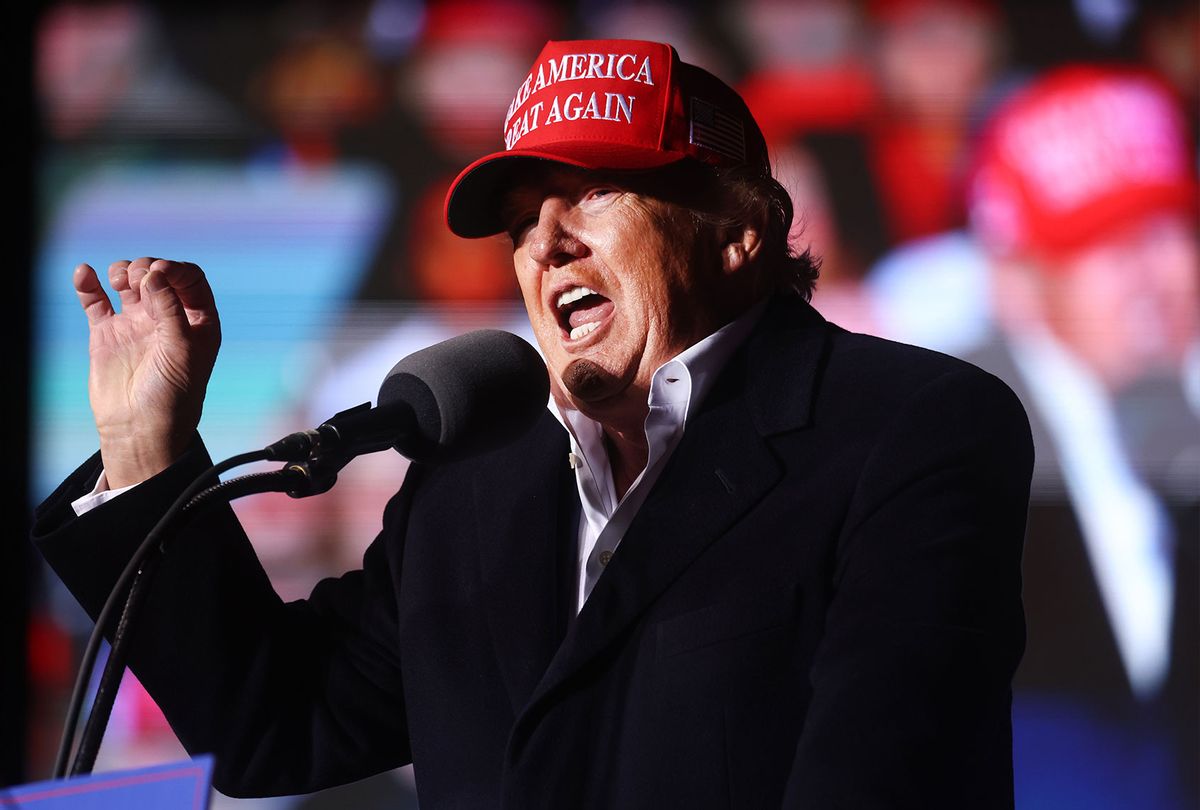 Former President Donald Trump has reportedly told his allies that he is concerned about the possible overturn of Roe v. Wade and how it could negatively impact his political aspirations if he chooses to run for president again in 2024.

According to Rolling Stones, inside sources familiar with the situation have revealed Trump’s assessment of the abortion controversy. The former president believes the looming abortion ban could turn “suburban women” against him; an adverse action that could greatly diminish his chances of re-election.

“Suburban women have been a recurring concern for [former] President Trump, including during the 2020 campaign, when his smarter advisers were sounding the alarm to him about how he was losing suburbs,” a source said, per Rolling Stone, adding, “He is … worried women in the suburbs could punish him for this one day, [too].”

The former president has also raised concerns about the possibility of his “enemies” using abortion against him in the future as it is widely a Republican-motivated issue. Since the highly publicized leak of the U.S. Supreme Court’s draft opinion on Roe v. Wade, Trump has been particularly silent on the issue, according to Politico.

Trump’s reported concerns behind closed doors are said to be relatively similar to the remarks he previously made during a conversation with Dallas megachurch pastor, Robert Jeffress.

“It was a conversation toward the end of his presidency; we were at the White House … right after the [2020 Republican] convention, maybe the day after his speech,” Jeffress recounted. “What I remember about our conversation is that, yes, President Trump said he was certainly very pro-life … which he said was a result of a conversation he had with a couple he was friends with and they decided to keep [their] baby instead of aborting the baby; and he said that that affected him deeply.”

However, the pastor also noted Trump’s acknowledgment of views held by those who see things from a different perspective. According to Jeffress, Trump “understood there are a lot of Americans who say they have nuanced opinions on the subject. He said the American people were conflicted on the issue, and that polls indicated there are Americans who object to abortion on demand but don’t agree on an outright ban; that the majority of Americans are somewhere in between … ‘It’s a tough issue,’ I believe, were his exact words … I think he was correct in his analysis. He wasn’t ambivalent on his personal conviction, but he understood that many Americans are conflicted on this topic, and polls indicate that he’s correct on that assessment.”