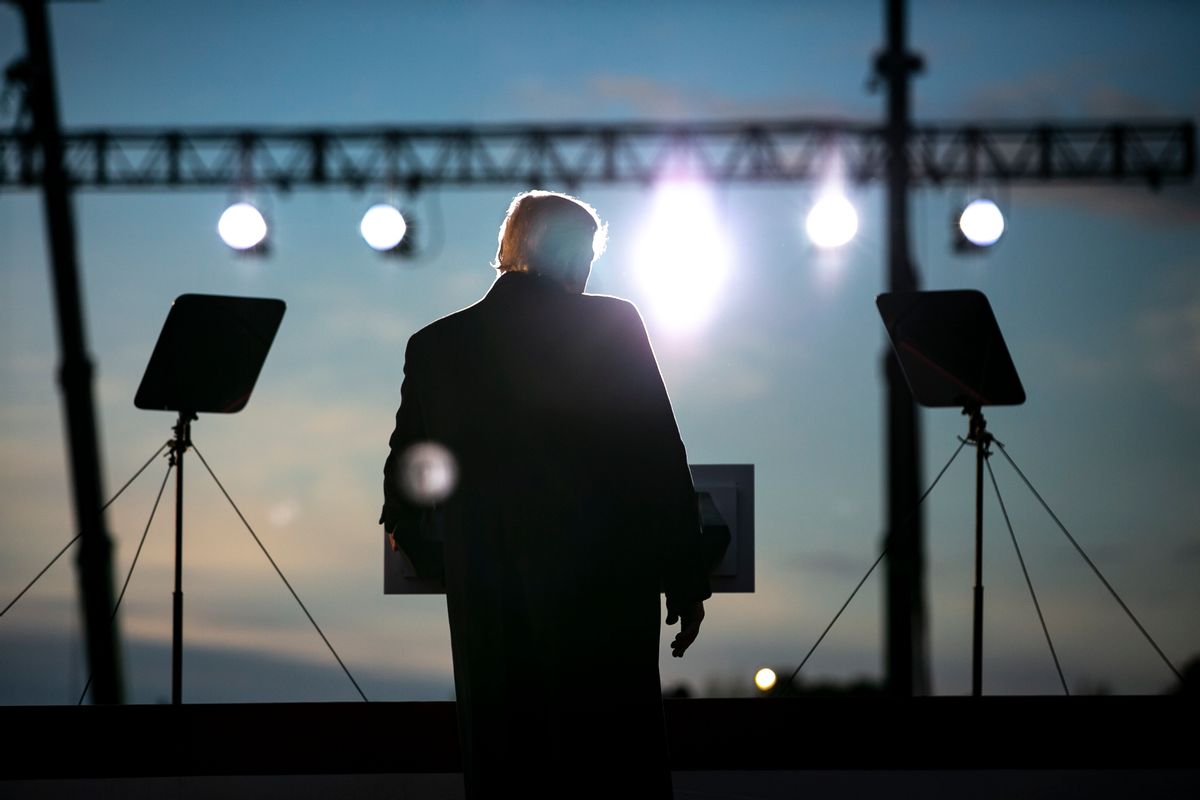 Former President Donald Trump’s top allies are preparing to purge potentially thousands of career civil servants and install MAGA loyalists in key administration positions if he wins the 2024 presidential election, according to Axios.

Trumpworld is already lining up names of loyalists to fill top jobs if Trump returns to the White House in 2025, including former Justice Department official Jeffrey Clark, who tried to take over the DOJ to help Trump overturn his election loss. Other names for top administration roles include Kash Patel, a former top aide to ex-Rep. Devin Nunes, R-Calif., who helped run interference in the Mueller probe; former adviser Peter Navarro, who played a key role in pushing Trump’s Big Lie about the election; and Stephen Miller, the architect of Trump’s controversial family separation policy.

But Trump’s allies aren’t just thinking about the top jobs — they’re also plotting a purge of career civil servants by radically overhauling labor protections for tens of thousands of career officials. The plan appears similar to one pushed by Ginni Thomas, the wife of Supreme Court Justice Clarence Thomas, who made detailed lists of disloyal officials to oust during Trump’s tenure.

“The impact could go well beyond typical conservative targets such as the Environmental Protection Agency and the Internal Revenue Service,” Axios’ Jonathan Swan reported. “Trump allies are working on plans that would potentially strip layers at the Justice Department — including the FBI, and reaching into national security, intelligence, the State Department and the Pentagon.”

The key to the Trumpworld plot is an executive order, known as “Schedule F,” which was developed in secret throughout Trump’s presidency as he complained about the so-called “deep state.”

New presidents typically get to replace more than 4,000 political appointees when they take office but more than 2 million career federal employees have strong job protections and typically stay on regardless of which party controls the White House. But Trump’s executive order, which was issued days before the 2020 election and later rescinded by President Joe Biden, reassigned about 50,000 federal workers as “Schedule F,” meaning they would lose their employment protections and could be replaced.

Trump’s allies are plotting to bring back the order and “stack thousands of mid-level staff jobs” with loyalists, according to the report, which noted the preparations are “far more advanced and ambitious than previously reported.”

Trump’s allies told Axios that they will not have to fire 50,000 employees because the order itself could send a chill through the federal government. One source told the outlet that firing a number of “bad apples” in each agency would lead to “behavior change” among the rest of the career civil servants.

Others, however, said they anticipate needing an “alternate labor force of unprecedented scale,” Swan wrote, perhaps as many as 10,000 vetted hires, to replace “obstructionist” government officials.

Former Trump chief of staff Mark Meadows’ group, the Conservative Partnership Institute, is expected to play a key role. The group has already raised nearly $20 million, including $1 million from Trump’s PAC, and has a team working on a database of “vetted staff that could be fed immediately” to Trump’s team, according to the report.

The conservative Heritage Foundation is also involved, planning to spend at least $10 million to build a database of personnel for the next Republican administration.

Miller, too, has been working on a list of lawyers who would be ready to fill key counsel jobs in a second Trump administration. And former Budget Director Russ Vought is working on reforms that would make it easier for personnel to get security clearance if they are blocked by the current system, as many of Trump’s top picks were.

Federal labor unions and Democrats would certainly fight such a move but Trump’s advisers noted that the cases would likely end up in front of friendly conservative judges, many of whom were appointed by Trump.

Rep. Gerry Connolly, D-Va., added an amendment to this year’s defense bill aimed at preventing Trump or another future president from reimposing the Schedule F order. The amendment passed the House but Republicans aim to block it in the Senate.

A number of conservative groups linked to former allies are already feverishly working to lay the groundwork for a more successful second Trump presidency. Meadows, Clark and Vought are likely to see key roles in a second Trump administration, as are Trump loyalists like Dan Scavino, Richard Grenell, John Ratcliffe and Pam Bondi.

Trump himself is working with a small team of advisers at Mar-a-Lago and considers Rep. Jim Jordan, R-Ohio, his “closest confidant” on Capitol Hill, according to Axios. He has also stayed close to Nunes, who now runs his Twitter knockoff Truth Social.

Clark, who was paraded from his home in his pajamas and had his devices seized by federal agents, has also “circulated at Mar-a-Lago,” according to the report, holding court about his plans for the Justice Department in a second Trump administration. Trump, Clark predicted, “would never appoint an attorney general who was not completely on board with his agenda,” according to the report, which noted that Clark would be a serious contender for the job.

Patel has also been seen around Mar-a-Lago. Trump unsuccessfully sought to install Patel as deputy director of the CIA or FBI but relented after strong pushback from former CIA Director Gina Haspel and former Attorney General Bill Barr. “Never again would Trump acquiesce to such warnings,” Swan wrote, noting that Patel has only grown closer to Trump and would certainly be in line for a key administration role, perhaps as national security adviser or even CIA or FBI director.

Grenell, one of Trump’s most outspoken defenders who now works at the right-wing network Newsmax, could be in line to be his secretary of state after serving as his acting director of national intelligence.

Patel and others are particularly interested in “cleaning house” in the intelligence community, State Department, Defense Department, and the top layers of the Justice Department and the FBI, according to the report.

Trump is particularly focused on his never-ending election lies, frequently grousing about “ungrateful” and “treasonous” former administration officials that he feels did not do enough to help him steal the election. Many of the people he has surrounded himself with have embraced his constant falsehoods, but it’s unclear that Trump would be able to fill an entire Cabinet with diehard loyalists.

“Even if you’re a true believer, you see what happens to people,” one former Trump adviser told Axios. “Are there any Senate-confirmable individuals who would consider taking a chance on this? You’ll either be saddled with legal fees or have your reputation destroyed.”