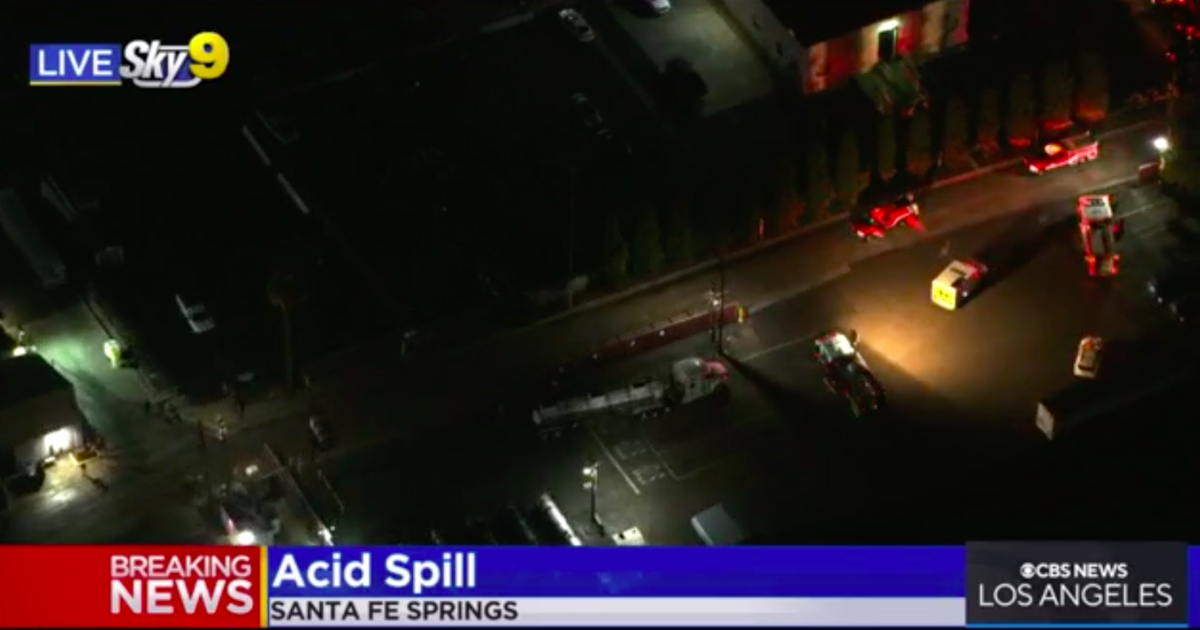 Firefighters and a HAZMAT crew were dispatched to the scene of a large acid spill in Santa Fe Springs Wednesday evening.

Over 200 gallons of hydrochloric acid were reportedly spilled somewhere on the Phibro-Tech campus on Dice Road, prompting response from Downey Fire Department crews and a HAZMAT scene.

Among other duties, Phibro-Tech handles recycling for permitted waste from the electronics industry.

Two people were taken to a hospital where they were in unknown condition.

It was not immediately clear what caused the spill.