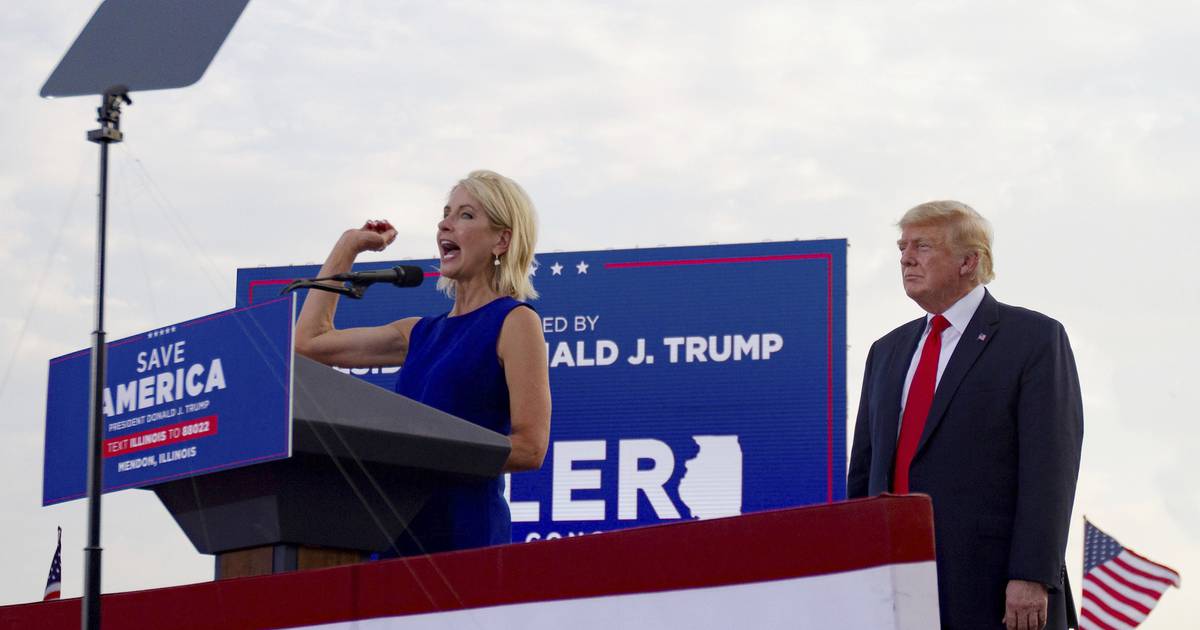 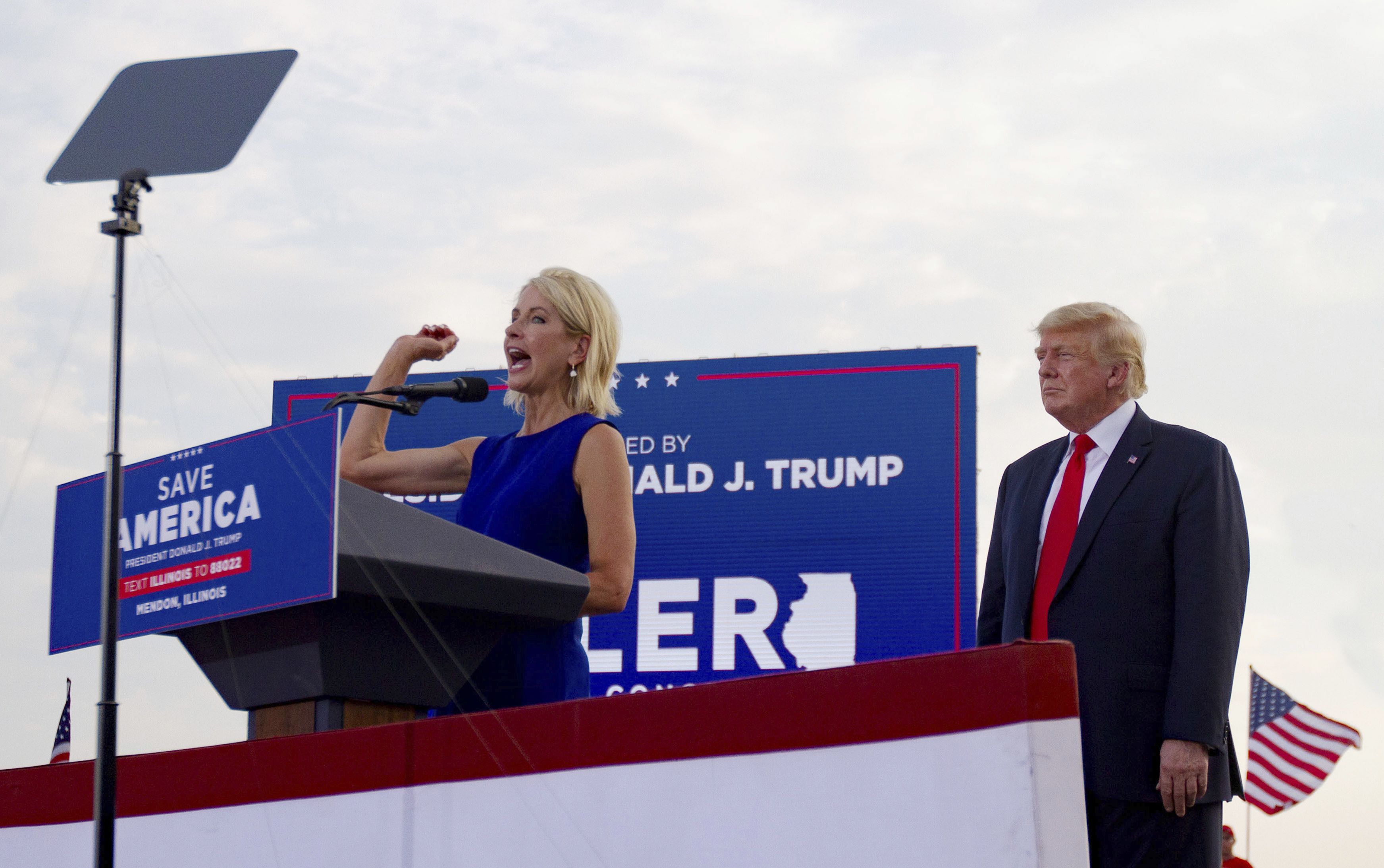 Miller, who has Trump’s endorsement in challenging five-term Republican U.S. Rep. Rodney Davis in Tuesday’s primary, did not elaborate on the “white life” comment she made on stage. Later, a campaign aide said she meant to say “right to life,” but misspoke.

Regardless of intent, it was another political miscue for the controversy-plagued Miller, who was born and raised in suburban Naperville and now lives in downstate Oakland in east-central Illinois.

Just days after taking office in January 2021, Miller was facing calls for her resignation after she cited Adolf Hitler in a speech to a conservative women’s group in referring to the political indoctrination of youths.

“Each generation has the responsibility to teach and train the next generation. You know, if we win a few elections, we’re still going to be losing unless we win the hearts and minds of our children. This is the battle. Hitler was right on one thing. He said, whoever has the youth has the future,” she said.

Miller eventually apologized and said she regretted using the reference to the mastermind of the Nazi Holocaust while she also blamed others for “intentionally trying to twist my words.”

More recently, Miller, a member of the Second Amendment Caucus opposed to gun regulation, had an explanation for what she and the group think is the cause of mass shootings following the May 24 killings of 19 children and two teachers in Uvalde, Texas.

“We cannot let those who are trying to destroy our society’s central pillars of faith, family and freedom succeed,” she said of renewed efforts for gun regulations.

On June 11, when thousands marched in rallies across the nation against gun violence, Miller posted on Twitter that she had spent the day visiting gun shops in her district and criticized her opponent for supporting so-called “red flag laws” that allow a gun to be taken from someone if they present a danger to themselves or others after a due process procedure.

Miller has not spoken out against Russian President Vladimir Putin’s invasion of Ukraine. She voted against a $40 billion aid package to Ukraine, saying, “We’re not taking care of the immediate needs, the things that Americans care about, like funding our EMT or our police or our schools.”

Miller also blasted House Speaker Nancy Pelosi and House Democrats for failing to vote on a Senate-passed plan to increase security for U.S. Supreme Court justices. But when Democrats put it up for a vote and it overwhelmingly passed, Miller missed the vote while she was campaigning back in her district.

On Saturday night, speaking before Trump at a rally at the Adams County Fairgrounds outside Quincy, Miller said, “The news media calls us names. Big Tech censors us. The global elites are determined to destroy our way of life, including the family farm. We will not let them destroy us.”

“We are Americans. This is our beautiful country. And we will never surrender to the Marxists in Washington,” Miller said. “We are the Christians who put our faith in God, not in the government.”

Miller is also the subject of a House Ethics Committee complaint for using House floor footage for political purposes, in violation of congressional rules. A Miller campaign ad critical of Davis, who is from Taylorville, with former President Barack Obama following a State of the Union address. Responding to the complaint, Miller accused Davis of trying to “beg one of Nancy Pelosi’s House committees” to block conservatives from seeing the footage.

Miller also has repeatedly criticized Davis for supporting the investigation into Trump’s role in the Jan. 6, 2021, insurrection at the U.S. Capitol. Davis did support an independent, 9/11-style commission to look into the insurrection, but it never passed the Senate. He voted against the measure creating the current House select committee investigation. Miller didn’t vote.