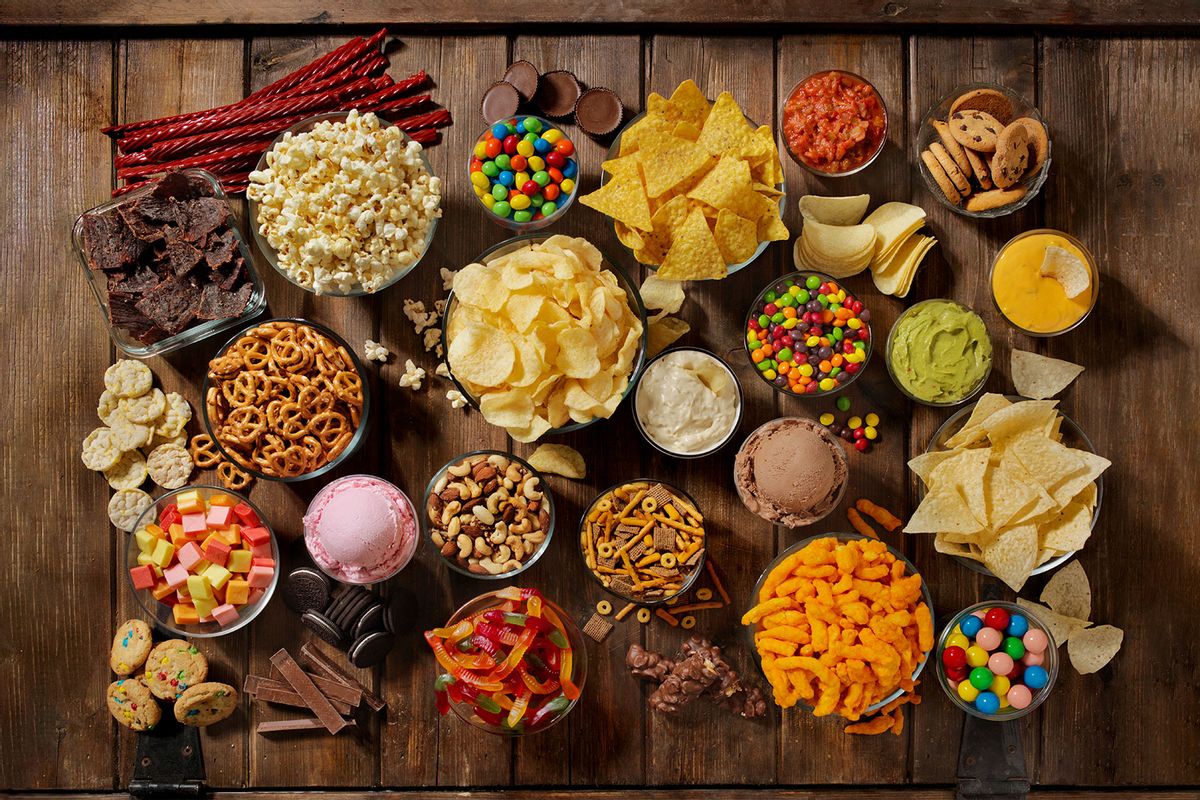 When thinking of processed foods, your thoughts may immediately go to candies, chips, sodas, “junk food,” fast food, and the like. For many, there’s an automatic sort of guilt that may unconsciously and pervasively be associated with these products, often attributed to weight, diet, societal pressures and general health. A recent study done in Brazil stated that “ultraprocessed foods have been associated with an increased risk of noncommunicable diseases, such as diabetes, cardiovascular diseases and cancer as well as an all-cause mortality.”

Beyond dietary and nutritional concerns, though, this new study published earlier this month in the JAMA Neurological publication actually even noted “a higher percentage of daily energy consumptions of ultraprocessed foods was associated with cognitive decline among adults from an ethnically diverse sample.”

Clearly, ultraprocessed foods really are just as “bad” as we’re often believed to think and apparently in multiple capacities. But what exactly is an “ultraprocessed” food? And what should we be especially steering clear of?

The aforementioned Brazil-based study was published in November of this year in the American Journal of Preventative Medicine and titled “Premature Deaths Attributable to the Consumption of Ultraprocessed Foods in Brazil.” In it, ultraprocessed foods are characterized as such: “industrial formulations of substances derived from foods (oils, fats, sugars, starch, protein, isolates) that contain little to no whole food and are often added with flavors, colors, emulsifiers, and other additives for cosmetic purposes.” In other words, this can range from anything from lollipops and microwavable noodle bowls to frozen dinners or cold cuts.

In order to get to the bottom of this super-important topic and shed some light on this far-reaching issue, we spoke with Dr. Jennifer Russomanno, a certified health education specialist and assistant professor of practice for the University of Tennessee’s Online Master of Public Health program.

In a conversation with Salon Food via e-mail, she noted that “it would be preferred for people to eat more non-processed foods (like fruits, vegetables, beans and whole grains) … that is not always possible for people of lowered incomes.  In general, finding foods with the least number of ingredients is preferable to those with a laundry list of ingredients, and especially, ingredients that are chemical based.”

In regards to the Brazilian study, Russomanno stated that “we have similar issues here in the US.”

“I think it is important to recognize the dangers of eating highly-processed foods while also taking into account that these foods are often the only ones affordable to people of lowered incomes,” she said. “When people are trying to feed their families, cost is of the utmost importance.  We are able to provide Ramen noodles (highly-processed) for $0.50/container and make a meal of it.  Meanwhile, a pack of blueberries is $2 and is considered a snack.”

Russomanno added that “the most highly-processed items are the ones that are most affordable. This is a problem within the food system itself as we provide subsidies to farmers who grow our three primary commodity crops – corn, soy, and wheat.  One or all of these ingredients is found in 80% of foods that are on grocery store shelves today.  We are systematically rewarding the production of the crops that are making people sick.”

Clearly, the issue itself is multi-pronged. So instead of placing the “blame” on the public as we wait for those governing agencies to make long-awaited changes that will improve our food system, Russomanno noted some simple things to keep in mind when looking to buy groceries.

“Anything that is hard to pronounce probably should not be consumed in large quantities,” she said.

She also noted a simple practice which should be quite simple to incorporate into your shopping routine: “Look at the ingredient list.  The least number of ingredients often translates to higher quality food. In general, it would be preferred to purchase foods with five ingredients or less in them.”

As we’ve heard many a time, it’s always important to be mindful of your consumption overall.

“In general, moderation is key for everything,” Russomanno said. “Too much of anything can be problematic. If you have a hot dog at a sporting event or a cookout or a soda at the movie theater, these things are not going to do much harm.  It is when we begin to consume these highly-processed, sugar-laden foods on a daily basis when they become an issue.”

Russomanno referenced education and equity within the food pace at large, noting that “we have to provide the economic resources for families to be able to afford better quality foods, which are traditionally more expensive than shelf-stable, highly-processed items.  And, if we are not going to raise the economic threshold of these families, we need to start incentivizing more farmers to grow specialty crops (fruits, vegetables) over commodity crops (corn, soy, wheat).”

“If people live in areas with farmers markets and receive federal food assistance (SNAP, WIC), I would suggest looking to see if the local farmers markets offer a matching program of any kind,” she said. “In some areas, like the Market Square Farmers Market in Knoxville, people who receive SNAP benefits can double their money up to $20 to shop at the market.  So, if you redeem $20 in SNAP, the market will give you an additional $20 in market bucks to shop for locally-produced goods.  You then, in essence, are getting $40 to spend at market while only redeeming $20 out-of-pocket.”

Foodwise noted that Market Match — California’s version of this program — has numerous participating farmers markets throughout the state. Furthermore, this kind of “match program” is also currently being offered at participating farmers’ markets throughout the country at large. For example, in my neck of the woods, the Montclair Farmer’s Market in New Jersey also offers a Double Value Coupon Program which is very similar to the program that Russomanno outlines, as well as special Senior Farmers Market Nutrition Program which “provides low-income seniors with vouchers for the purchase of locally-grown, fresh fruits and vegetables at authorized farmers markets.”

“A food product’s availability, cheapness, and abundance, though—which is how I’m defining ‘accessibility’—is usually a signal of exploitation of labor and planet, and by extension, becomes exploitation of the person buying it.”

As the indomitable food writer Alicia Kennedy wrote in her food culture and politics-focused newsletter, “A food product’s availability, cheapness, and abundance, though—which is how I’m defining ‘accessibility’—is usually a signal of exploitation of labor and planet, and by extension, becomes exploitation of the person buying it, relying on it, by virtue of giving them few other options, whether because of food apartheid, insufficient wages, or lack of leisure time.”

Furthermore, she acknowledged the damages that capitalism has done to the food system at large, also noting: “the world’s farmers produce enough food to feed 10 billion people; the world’s population is 8 billion; 820 million people are hungry. Humanity’s most pressing problem isn’t that people feel bad about eating fast food, I’m sorry to say. It’s that people are hungry and the cost of food keeps going up.”

While ultraprocessed foods are generally agreed to be an improper component of a balanced diet, the long-and-short of it is that they’re often all that certain families are able to afford. Until “the powers that be” (whether that be food assistance programs, agricultural or governmental services) publicly recognize this and feel empathetic enough to utilize their power to affect positive change, the onus unfortunately falls to us to make the minute changes and pivots to better serve ourselves.