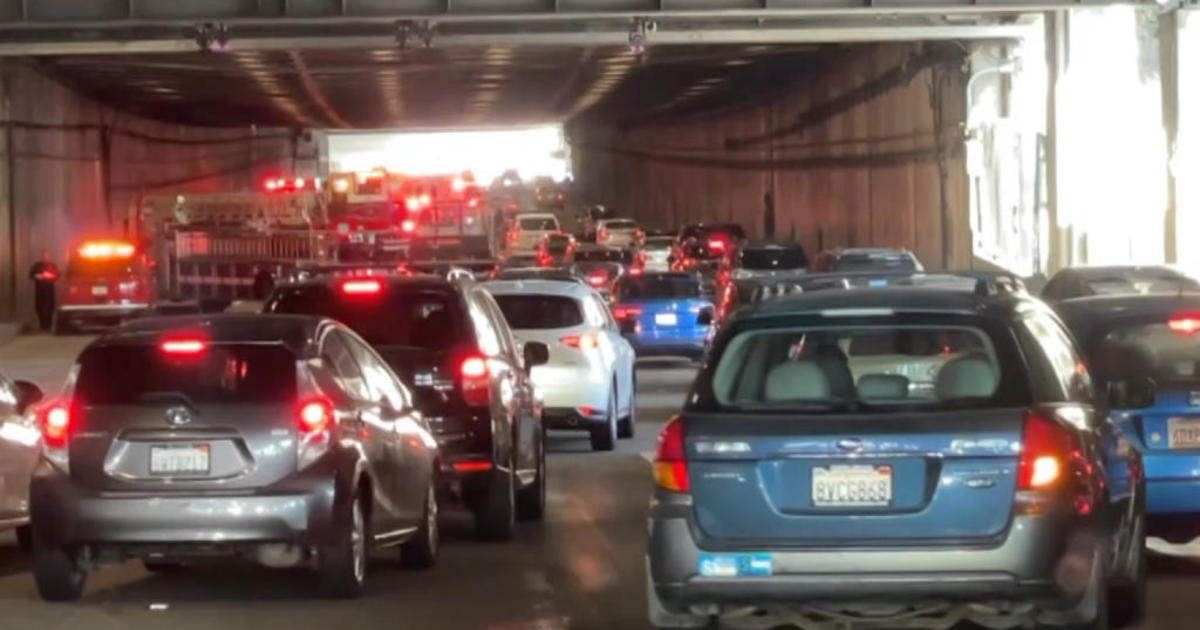 SAN FRANCISCO (CBS SF) – All Eastbound lanes of the Bay Bridge have been cleared following a major multi-vehicle injury accident that hospitalized several victims Thursday afternoon, according to authorities.

The San Francisco Fire Department (SFFD) first tweeted about the accident around 1:08 p.m., noting there was multiple injuries and that drivers should avoid the eastbound side of the Bay Bridge.

At first the injury count from the SFFD was six people, but by 1:34 p.m. the department tweeted at 18 people were injured and four ambulances were called to transfer as many victims to nearby hospitals.

None of the injuries were serious, according to SFFD.

At 1:54 p.m., SFFD tweeted that the accident was secured. Crews treated a total of 16 people on scene — eight adults and eight juveniles. Only two victims needed to be transported to a the hospital.

Authorities reported that all eastbound lanes in the Yerba Buena Island tunnel had been cleared by around 2:20 p.m. The incident lasted just over an hour. Travelers should anticipated residual delays.