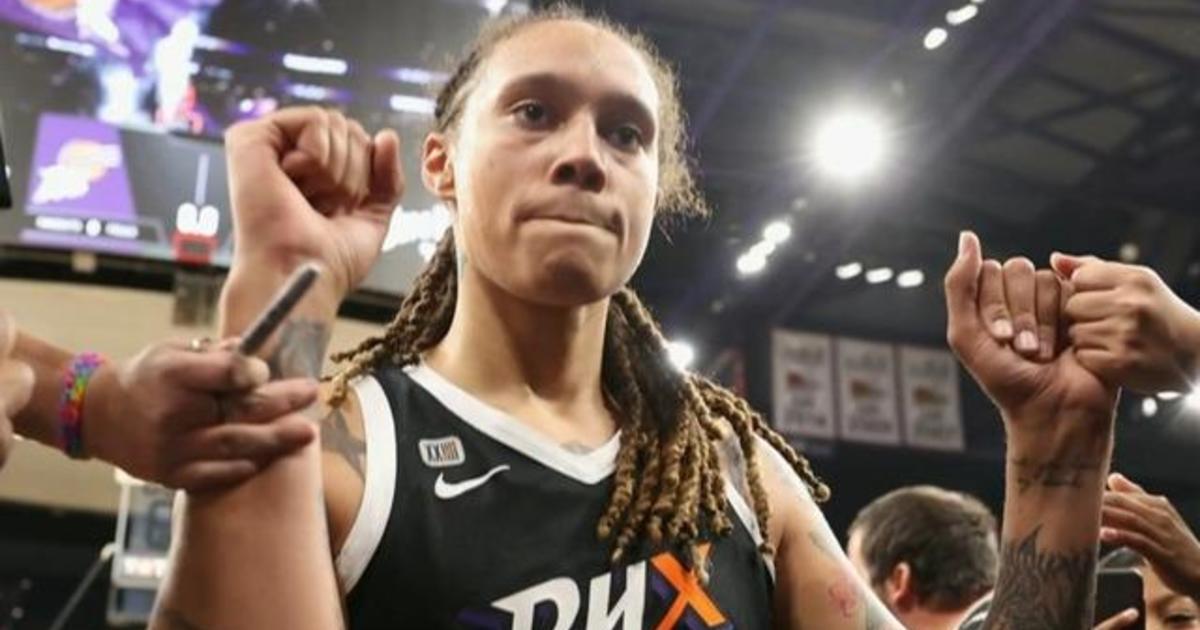 WASHINGTON (CBSDFW.COM/AP) – There could soon be some action surrounding the case of WNBA star Brittney Griner. The Biden administration has determined the Griner is being wrongfully detained in Russia. Officials say that means the US will more aggressively work to secure her release even as the legal case against her plays out.

Griner, a Houston native, was detained at an airport in February after Russian authorities said a search of her bag revealed vape cartridges containing oil derived from cannabis. Since then, U.S. officials had stopped short of classifying the Phoenix Mercury player as wrongfully detained and said instead that their focus was on ensuring that she had access in jail to American consular affairs officials.

Now, though, U.S. officials have shifted supervision of her case to a State Department section – the Office of the Special Presidential Envoy for Hostage Affairs – that is focused on negotiating for the release of hostages and other Americans deemed wrongfully detained.

“Brittney has been detained for 75 days and our expectation is that the White House do whatever is necessary to bring her home,” said Griner’s agent, Lindsay Kagawa Colas.

It was unclear what prompted the shift in Griner’s case, though President Joe Biden’s administration had been under pressure from members of Congress and others to make Griner’s release a priority.

The U.S. last week secured the release of Texas Marine veteran Trevor Reed as part of a prisoner swap that also resulted in a convicted Russian drug trafficker being freed from prison in the U.S.

Besides Griner, another American regarded as unjustly detained in Russia is Paul Whelan, a corporate security executive from Michigan who was arrested in December 2018 while visiting for a friend’s wedding and was later sentenced to 16 years in prison on espionage-related charges his family says are bogus.

ESPN first reported the classification in Griner’s case. Two U.S. officials confirmed it on the condition of anonymity because they were not authorized to discuss it by name.

Meanwhile, the WNBA announced Tuesday that it would honor Griner, a former Baylor Lady Bear, with a floor decal and allow the Mercury to pay her without it counting against the team’s cap. The decal will feature Griner’s initials, B.G., as well as her No. 42. All 12 teams will have the decal on their home courts starting with the season opener Friday night. The Mercury open their season at home that night against the Las Vegas Aces.