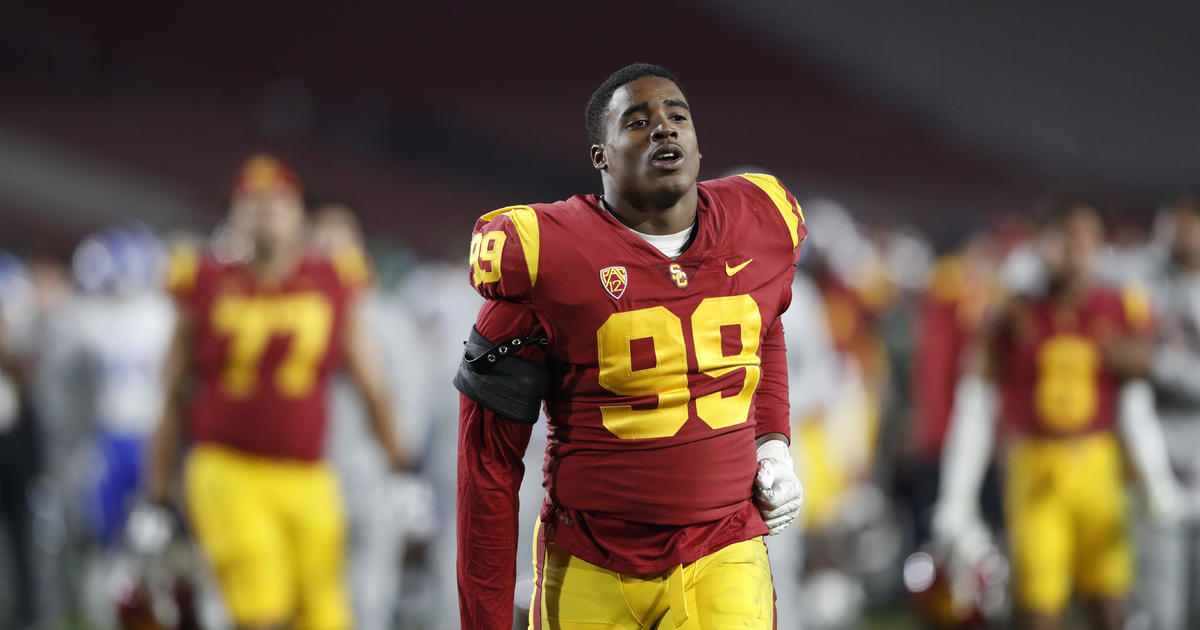 The Niners took Jackson 61st overall in the NFL draft on Friday night, marking the sixth time in the past eight drafts that they used their top pick on a defensive lineman.

San Francisco then took LSU running back Tyrion Davis-Price 93rd overall and SMU receiver Danny Gray with the 105th pick to end the third round.

Jackson had 12 1/2 sacks in three seasons for USC and adds another edge rushing option for the 49ers across from star Nick Bosa. San Francisco had hoped Dee Ford could fill that role but he has been hampered by injuries and isn’t expected back next season.

“As soon as I get out there, I might try to find him and get a handshake from him,” Jackson said about Bosa. “I’m trying to do and get in there and start getting the knowledge and things that I need to grow and be a monster like him. He’s literally a gremlin on the side. He’s a monster. He puts fear into tackles’ eyes I want to be the same way.”

He joins a group of defensive ends that feature Samson Ebukam, Kerry Hyder, Jordan Willis and Charles Omenihu and Kemoko Turay in the mix to complement Bosa.

Defensive line coach Kris Kocurek has gotten the best out of several pass rushers over the years and now has another piece to work with in San Francisco.

“I love to play for a coach that’s fired up like that and wants a lot out of his guys,” Jackson said. “It’s a challenge. I’m ready to take on that challenge.”

Davis-Price rushed for 1,003 yards and six TDs last season for LSU, averaging 4.8 yards per carry. This was the second straight year San Francisco used a third-round pick on a running back after taking Trey Sermon last year. But sixth-rounder Elijah Mitchell led the team with 963 yards rushing.

Gray adds a speed element to the Niners offense, running a 4.33 40-yard dash at the combine. Gray had 49 catches for 803 yards and nine TDs last season.

This marked the first time since 1996 that San Francisco didn’t have a pick in the first round. The Niners traded their 2022 and 2023 first-rounders to Miami last year to move up nine spots to take quarterback Trey Lance third overall.

Lance spent most of last season as a backup to Jimmy Garoppolo but is expected to take over as starter this season.

There was a chance the 49ers could have gotten a first-round pick had they granted All-Pro receiver Deebo Samuel’s trade request. But San Francisco opted to keep their top playmaker and hope to be able to mend their relationship and agree on a long-term extension before the start of the season.