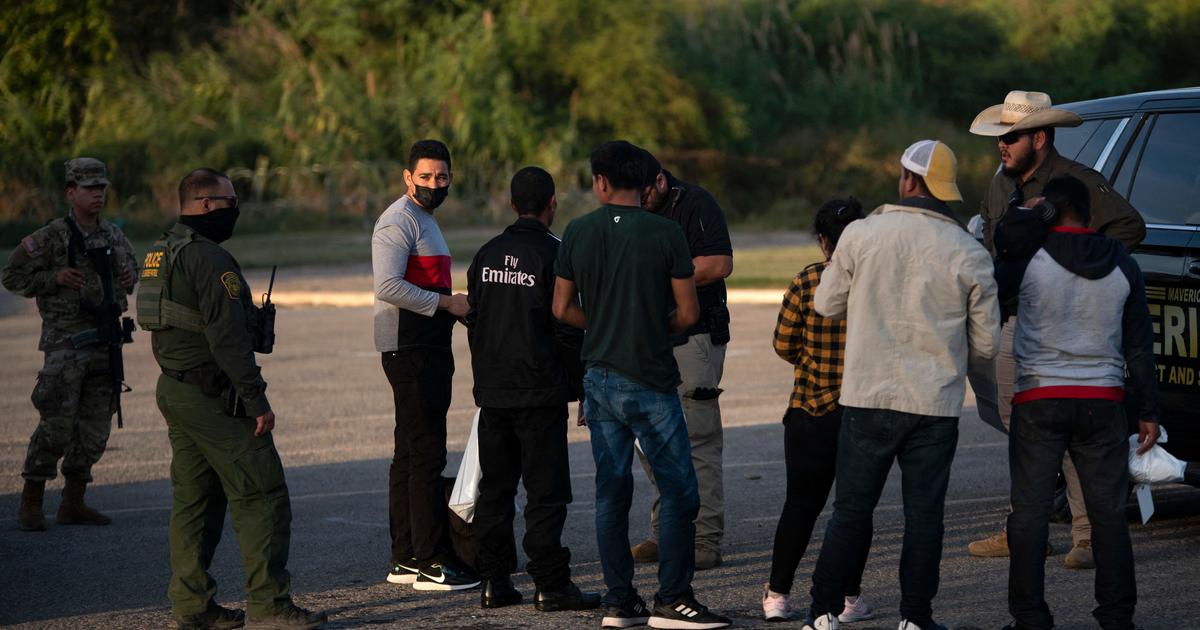 U.S. immigration officials encountered migrants 230,678 times along the southern border last month, a 1.9% increase from September, according to the Customs and Border Protection data. Roughly 19% of those encounters involved repeat crossings by migrants who had been previously processed by U.S. border agents.

Border Patrol recorded 204,273 apprehensions of migrants who entered the U.S. illegally, a slight decrease from Sept., while the Office of Field Operations, another CBP agency, processed 26,405 migrants at official ports of entry, where the Biden administration has been admitting certain asylum-seekers.

Venezuelan migrants were processed 22,044 times in Oct., a 35% decrease from the record high of 33,804 reported the previous month. The drop comes after the U.S. on Oct. 12 began expelling Venezuelans to Mexico under a public health order known as Title 42. The Biden administration also launched a program to allow up to 24,000 Venezuelans to enter the U.S. legally if they have U.S.-based financial sponsors.

But the drop in Venezuelan migration was offset by the arrival of 28,848 Cubans and 20,917 Nicaraguans, a monthly record for the latter nationality. Mexico has generally not allowed the U.S. to expel Cubans or Nicaraguans to its territory, prompting U.S. officials to allow most of them to seek asylum inside the country, since Cuba and Nicaragua do not accept regular U.S. expulsion flights.

Troy Miller, who was named acting CBP commissioner last weekend following the resignation of Chris Magnus, said migration from Cuba and Nicaragua continued to be at a “historic high” due to political and economic turmoil in both countries, which are ruled by repressive regimes.

“This reflects the challenge that is gripping the hemisphere, as displaced populations flee authoritarianism, corruption, violence, and poverty,” Miller said in his statement.

The tally of unique migrants from Cuba, Nicaragua and Venezuela in Oct. collectively exceeded the number of migrants from Mexico, Guatemala, Honduras and El Salvador taken into U.S. border custody, continuing an unprecedented demographic shift that the U.S. has struggled to respond to, according to CBP calculations.

The U.S. carried out over 78,000 migrant expulsions in Oct. — including 5,855 expulsions of Venezuleans. Those expelled under Title 42 are barred from seeking asylum, which U.S. law allows migrants to request if they are on U.S. soil, regardless of whether they entered the country unlawfully.

Migrants who are not expelled under Title 42 are processed under U.S. immigration law. Generally, that means they are transferred by Border Patrol to another agency, released with instructions to see a judge or an immigration office or processed under a fast-track deportation process known as expedited removal.

While the U.S. struggles to expel many migrants who are not from Mexico or Central America because of diplomatic and logistical reasons, the Biden administration has exempted several groups from Title 42, including unaccompanied children and asylum-seekers identified as vulnerable.

The numbers released Monday show the migration wave to the U.S.-Mexico border during President Biden’s administration continues to defy pre-pandemic seasonal patterns, during which migrant arrivals peaked in the spring and declined in the hot summer months and the fall.

Camilo Montoya-Galvez is the immigration reporter at CBS News. Based in Washington, he covers immigration policy and politics.