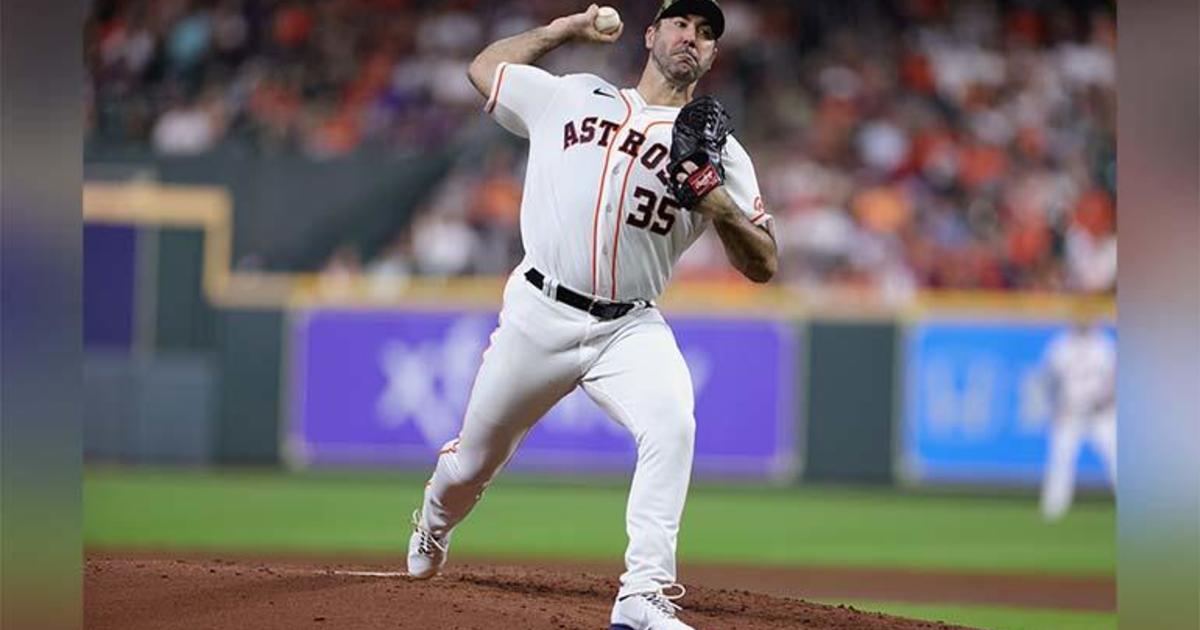 HOUSTON (AP) — Justin Verlander had another splendid start to lead the Houston Astros to a 2-1 win over the Texas Rangers on Saturday night.

Verlander (6-1) scattered six singles across six scoreless innings without a walk to earn his major league-leading sixth win. The 39-year-old right-hander, who made his return from Tommy John surgery this season, tied a season high with eight strikeouts and lowered his ERA to 1.22, which also leads the majors.

Yordan Alvarez had two hits, including his second career triple, and drove in a run to help the Astros take a 2-1 lead in this four-game series. Veteran catcher Jason Castro made two strong defensive plays and doubled and scored in the fifth to aid in the victory.

Houston led by two in the eighth when Corey Seager doubled off Hector Neris with one out. The Rangers cut the lead to one when Seager scored on a single by Adolis Garcia.

A balk sent Garcia to second, but he was thrown by Castro trying to steal third. Neris then struck out Kole Calhoun to end the threat.

Ryan Pressly allowed a single to Nathaniel Lowe with two outs in the ninth, but struck out pinch-hitter Sam Huff for his fifth save.

The first inning didn’t start out well for the Astros when Brad Miller reached on a fielding error by Castro before Marcus Semien singled. There was one out in the inning when Garcia singled and Miller scored. But the Astros challenged the call and a replay showed Castro tagged the runner before he touched home plate.

There was a second review of the play when the Rangers challenged the home plate collision rule, but that challenge was not successful.

José Siri, batting leadoff with Jose Altuve getting a day off, singled to start the Houston first and stole second base. Michael Brantley walked before Alvarez singled on a grounder with one out to score Siri and put Houston up 1-0.

Castro doubled with no outs in the fifth and advanced to third on a groundout by Siri for the second out. Gray then bounced one off the backstop for a wild pitch and Castro slid in just before the tag to make it 2-0.

Astros: RHP Jake Odorizzi, who left his start Monday on a stretcher, played catch for a second straight day. Odorizzi, on the 15-day injured list, said he has strained ligaments around his ankle and foot. “We’re enthused of what we see,” manager Dusty Baker said. “I don’t just go out there and spy on him or anything like that, but from a distance I’ve got my eyes on him and our trainers are out there with them, and he’s doing good.”