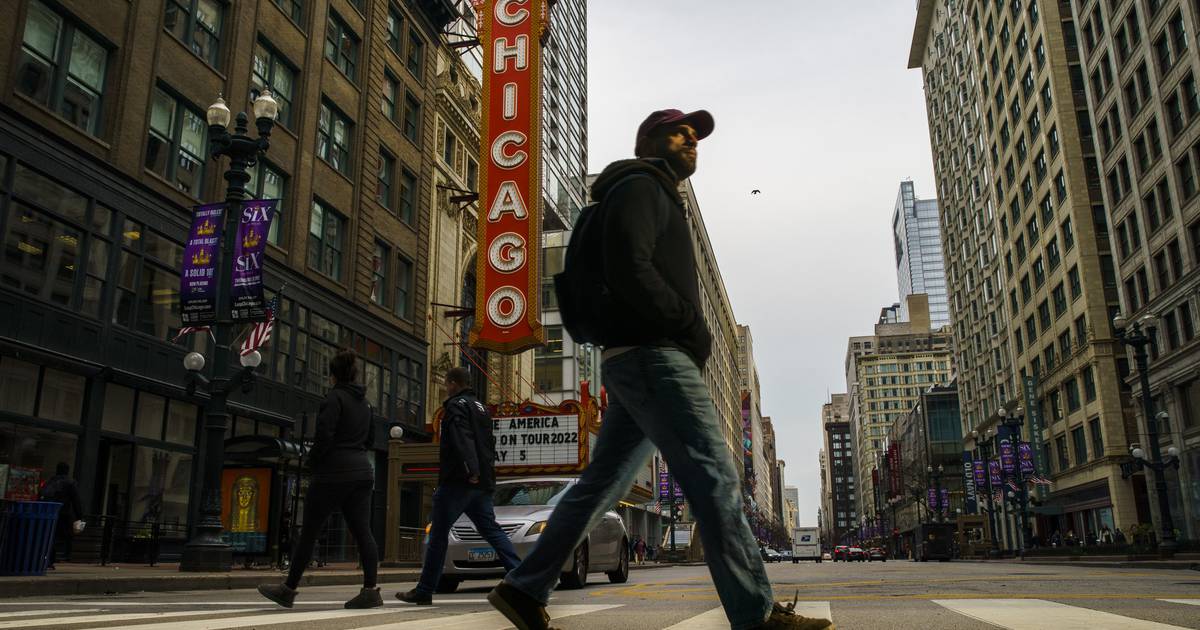 Over a 48-hour period last weekend, three shootings erupted within a mile of one another in Chicago’s downtown area, leaving two people dead. During that same time, some 17 other people were shot around the city, most of them in neighborhoods where a higher level of violence is more commonly experienced.

Yet it was the shootings downtown, one outside a major theater that canceled its evening performance, that captured most of the attention from the media and city leaders, including Mayor Lori Lightfoot, who had to address the violence Monday at an unrelated news conference and who surely will face more scrutiny as the mayoral race heats up.

Police leaders also had to answer for the spate of violence, quickly announcing they’d be deploying more resources downtown.

Experts said the outsize attention to downtown happens for a variety of reasons.

It’s the economic engine of the city, generating millions in tax revenue and tourism dollars. And the additional violence downtown strains resources in a police department that is struggling to address decades of consistently higher rates of violence in Chicago’s neighborhoods.

Downtown is also the civic heartbeat of the city, a place where Chicagoans from Rogers Park to Roseland come together for concerts, to hit the beach, spread out on a lawn for a picnic, gaze into the mirrored “Bean” or splash in the fountain at Millennium Park.

“Chicagoans feel like they own the Loop,” said Bill Savage, who has taught Chicago literature and culture for 30 years at Northwestern University. “If the center of our city experiences this kind of violence, it hits everybody in a way. If it’s happening in the Loop, it is about you.”

So far this year, gun violence — both homicides and nonfatal shootings — is declining, welcome news in a city battered by a 60% increase in shootings over a two-year period in 2020 and 2021.

But the recent headlines about downtown trouble have served as yet another reminder of how entrenched the gun violence problem is here, and how it is touching all parts of the city including Chicago’s glittering center.

The number of shootings around the downtown area has in fact increased in recent years, and as of last week, 19 people had been shot combined in the Near North and Loop communities, compared with eight last year.

The citywide violence has already led to pledges from mayoral candidates to remove Chicago police Superintendent David Brown if they are elected, with those Lightfoot opponents citing a lack of strategy to address the violence.

Brown was hired amid a historic pandemic that shut down programming and services citywide. It was also a time when trust in policing plummeted across America in the wake of the death of George Floyd at the hands of Minneapolis police. Criminologists will be studying the lasting impacts of those events, but some said there is a sense that the stress of a pandemic combined with the increased scrutiny on police could have played a role in the spiking gun violence.

Still, Brown and the Chicago Police Department have faced repeated criticism from aldermen, a level of concern that is only amplified when gunfire rings out downtown.

And it is not shootings alone that worry some leaders and the business community. There have long been concerns about clashes and disturbances among the large groups of young people who gather downtown on weekends.

Chicago police did not provide specific details about the response downtown. The mayor’s office referred the Tribune to Lightfoot’s Monday news conference, in which she said downtown would be getting more resources and deflected questions about her potential reelection campaign.

Lightfoot spoke about the difficult task of dealing with years of unaddressed violence in certain Chicago neighborhoods.

She also returned to a familiar theme: the need for those who engage in violence to face serious consequences.

Meanwhile, in Streeterville, residents were on edge in the wake of the incidents downtown, said Deborah Gershbein, president of the Streeterville Organization of Active Residents.

Gershbein said the level of gun violence in the entire city is unacceptable and while she understands long-term approaches are needed, her neighbors are scared to walk at night.

“I have lived in this neighborhood for 32 years. It has never been like this. I used to walk everywhere,” Gershbein said. “How do you give people a sense of safety?”

Both experts and community organizers told the Tribune that shared fears about a central gathering space like the Loop suffering from gun violence presents an opportunity for shared solutions as well.

Chicago criminologist David Stovall said there is an “alienation” in communities that have been systemically carved out of resources and opportunity and that is playing a role in the surge in gun violence. Everyone affected needs to support thoughtful solutions.

“Lincoln Park has never had this problem en masse. Or Streeterville,” Stovall, a professor of Black studies as well as criminology, law and justice at UIC, said. “… I don’t want to downplay the violence because it is real. The (solutions) unfortunately, or fortunately, aren’t short-term. … You can’t criminalize your way out of it.”

Savage, of Northwestern, also said there is an opportunity for new momentum.

“The key is if we perceive the Loop as the heart of our city, we are still connected to whatever other part we live in,” Savage said. “But to connect ourselves to the parts we don’t live in? This is the imaginary leap that is so hard. Can people from Jefferson Park who work downtown imagine what it would be like to live in Garfield Park or Ashburn or Pullman?”

The downtown shootings last weekend started at 1 a.m. Saturday in the 300 block of North State Street.

Two women from the North Lawndale neighborhood were shot by a man during an argument on the street. One of the women, 26, later died.

A day later, Sunday morning, a dispute inside the Sonesta hotel on East Walton Place left an 18-year-old man dead from multiple gunshot wounds. And some 10 hours later, in the 100 block of North Wabash, two men were shot in an alley behind the Nederlander Theatre after a nearby conflict involving a robbery and drug deal escalated.

The broad daylight shooting led to the theater’s shutdown of operations that night, including the cancellation of a performance of “Moulin Rouge.”

So far, there have been no charges filed in any of the cases.

One of the two injured in the Sunday shooting was a 27-year-old man, who was walking home from the gym with his wife, he told a Tribune reporter in a phone interview.

He heard a pop and then felt pain in his hand, said the man, who asked not to be identified.

People scattered, and the couple got behind a car and heard a second shot, he said.

“I put two and two together pretty quickly — the pop plus the pain plus the bleeding,” he said. “… It’s a weird series of emotions to put together. It’s not something that I’ve ever experienced before, so it was kind of like registering the fact that that’s actually what happened.”

Despite the shooting being about a 20-minute walk from his home, he said he is not afraid to be downtown, noting what the statistics bear out: His community remains relatively safe. He only plans to avoid Wabash in the future.

“It’s one of those things where if you’re in a big city, it’s a statistical chance that this will happen,” he said. “It was a thing that I think was always in my head as a possibility. … But again, this statistical chance of it happening is a relatively rare event. I think downtown is still a very safe area. I still feel safe walking around it.”

Despite the attention downtown incidents receive, gun violence in neighborhoods is a daily experience that is harder for residents in some areas to escape.

Through May 3, the rate of shooting victimizations per 10,000 residents in the Loop and Near North communities was 1.8 and 1.3, according to the city’s data portal. In the city’s historically less safe neighborhoods, the rate is as high as 21 in West Garfield Park, for example, and 11.2 in Greater Grand Crossing.

Chondra Wrightworks in the Greater Grand Crossing area with young people who are exposed to violence, and meets regularly with police from her local district to try to prevent the kind of violence that is now being felt in other parts of the city.

She also heads downtown to walk regularly, following a path from Rush Street to the Cloud Gate sculpture. So shootings in the heart of Chicago have rattled her as well.

Wright agrees that the violence happening there reflects what has been happening in the neighborhoods. And she said that’s why solutions need to go beyond a weekend deployment strategy. It is about a citywide effort and vision, she said.

“I’m a Chicagoan through and through,” Wright said. “Downtown is an escape. It is that space where people migrate to for that peace, that freedom, that enjoyment. What would Chicago be like if we could have that same spirit or energy in any part of Chicago?”