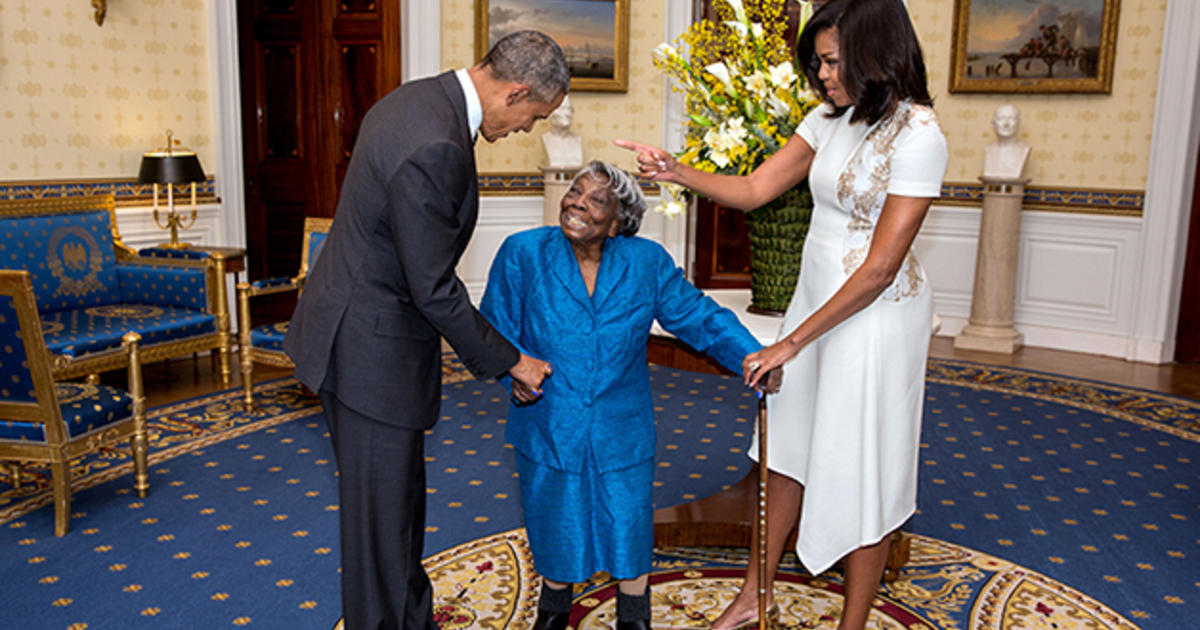 Virginia McLaurin, who went viral after she danced with the Obamas during a 2016 visit to the White House, died Monday at 113. McLaurin had been in hospice care for several days, her family wrote on her official Facebook page.

“She lived an incredibly full life and appreciated all the love she received from people on this FB page and everywhere she went. (Before the pandemic that is — for the past few years she largely stayed inside.),” the post said.

McLaurin was best known for a viral video of her meeting then-President Barack Obama and first lady Michelle Obama. In the video, taken over six years ago, McLaurin gleefully breaks into dance as she greets the couple. After someone informs Obama of her age, he asks McLaurin: “So, what’s the secret to still dancing at 106?” She then hugs the couple and poses for photos.

The video has been viewed on the White House Facebook page 70 million times.

Although she was best known for her White House visit, her loved ones said McLaurin lived a life of service, even as she grew older.

“As she shared in her interviews with the media following the visit to the White House, she volunteered as a UPO foster grandparent and collaborated with other tenants in the fight for quality living conditions,” a GoFundMe for a memorial fund in her name said. “She was a devoted member of her church. During the pandemic, she viewed services regularly via YouTube.”

Following her visit to the White House, CBS News spoke to her outside her apartment in Washington, D.C. When asked if she shouted when she first saw the president, McLaurin replied: “I sure did, for joy. I felt good all in my soul. It was the greatest time of my life.”

“I felt like I made it,” she said of meeting the couple. “I feel like I can die happy.”