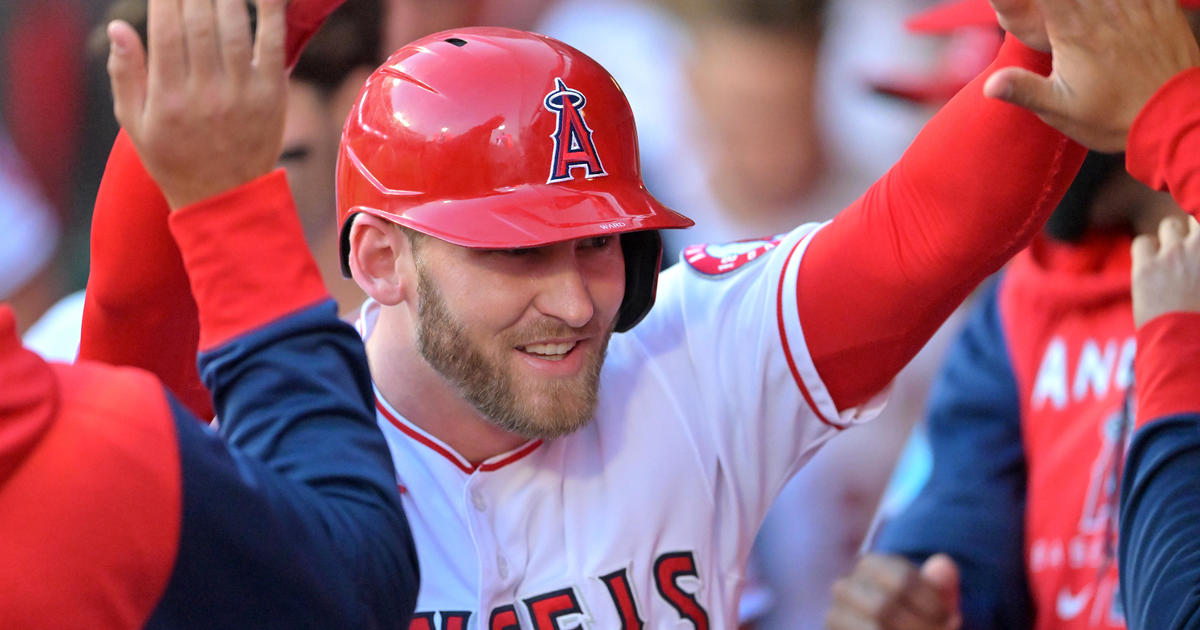 After missing the first nine games of the 2022 season, Angels utility man Taylor Ward has hit .395 with four homers and nine runs driven in.

He’s had five multi-hit games and scored 13 runs in that 11 game span, of which the Halos have won eight games.

Wednesday night proved to be Ward’s best night of the season, hitting his second career grand slam, highlighting the nine-run output from the Angels offense in their third-straight win over the Cleveland Guardians and fourth-straight win overall.

He finished the night just a single shy of the cycle.

With Shohei Ohtani on the mound, the Angels fell in quick 2-0 hold, when Guardians third baseman Jose Ramirez mashed his fifth homer of the season – and first of the game – a two-run shot that cleared the wall in right field.

Those would be the only two runs that Ohtani allowed though, as both he and the Angels settled in following the top of the first inning.

The Halos offense responded instantly when Mike Trout’s RBI double drove in Ward who had doubled himself to start the inning. Trout was then driven in by an Anthony Rendon RBI single, typing the game at 2-2.

In the bottom of the second, the Angels used an Eddie Rosario error and a pair of singles to load the bases ahead of Ward, who drove the third pitch he saw over the wall in right center field for a 400-foot grand slam, making it 6-2 Angels.

That would be all they’d need to win the game, however, they continued to pour it on on a Jared Walsh single that scored Ward – his third of four runs scored on the day, and a pair of RBI doubles in the sixth inning from Ohtani and Trout, who finished the game with two doubles, two RBIs and a walk.

Ohtani went 5.0 innings, earning his second win of the season with two runs allowed on five hits, striking out four and walking just one.

Oliver Ortega pitched two clean innings before the Guardians began to claw back in the eighth inning on another Jose Ramirez two-run homer to right field. They tacked one more on in the top of the ninth on a Myles Straw sac fly, but Mike Mayers was able to secure the final out and the victory.

It was the Guardians sixth-straight loss as they fell to 7-11 on the season. The Angels, however, jumped to 12-7, maintaining their lead over the rest of the AL West.