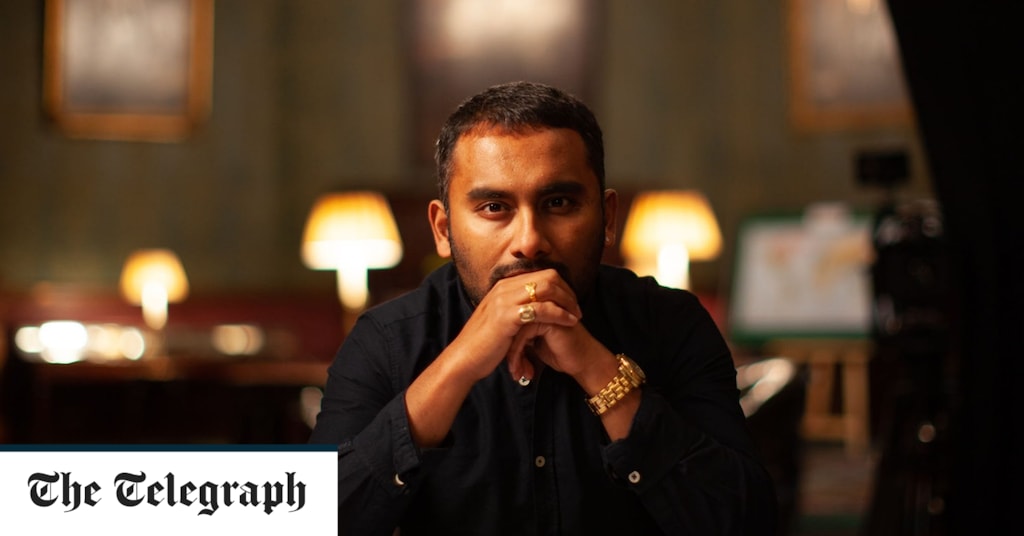 A BBC journalist has apologised for “impolite and immature” comments concerning the monarchy, after his impartiality was referred to as into query following his controversial documentary in regards to the Royal circle of relatives.

Amol Rajan, who introduced a -part programme concerning the “Princes and the press” for the BBC despite his vocal republican perspectives, stated he “deeply regrets” his “silly statement” after he called the monarchy “absurd” and the Duke and Duchess of Cambridge’s public role a “overall fraud”.

Apologising after feedback he originally made in the Independent were republished in a newspaper nowadays, he said: “i glance back on them now with real embarrassment, and ask myself what i used to be considering, frankly.”

Mr Rajan, a vocal republican, went on to make the arguable documentary, with the BBC claiming his anti-monarchy perspectives had no affect at the programme.

Mr Rajan’s impartiality had already been called into question ahead of the documentary broadcasting, after The Telegraph discovered articles he had written in a previous activity describing the perception of a hereditary monarchy as “absurd”, Prince Charles as “scientifically illiterate” and Prince Philip a “racist buffoon”.

In 2012, he wrote: “i have completely not anything against Prince Harry, or Prince William, or Catherine Middleton, or the Queen. Other royals, specifically Prince Philip and the scientifically illiterate Prince Charles, who champions policies that will result in the murder by means of hunger of tens of millions of Africans, I dislike.”

The BBC caught by means of him, saying that – in common with all corporation journalists – he had left his evaluations at the door when he joined as media editor.

It went on to air the documentary, infuriating the royal family which believed programme-makers had didn’t offer them a full proper of reply ahead of broadcast while giving an on-camera role to each the Duchess of Sussex’s lawyer and biographer.

‘Send your child to a normal school’

As Of Late, a further article from Mr Rajan came to mild, in which he wrote an open letter to the Duke and Duchess of Cambridge once they were expecting their first child, Prince George.

Congratulating the newlywed couple at the information of the being pregnant, he described their public position as a “general fraud”, adding: “Neither of you might have a unique claim on the wonderful town of Cambridge so quit pretending you do.”

He instructed them to change their “huge palace” for a “respectable suburban townhouse” and ship their child to a “commonplace school”.

He additionally criticised the Diamond Jubilee as a “celebration of mediocrity”, pronouncing of the Royal Family: “Aside From the Queen – whose public symbol is crafted by means of an everexpanding workforce of propagandists – this clan is surprisingly filled with fools.”

Writing on Twitter this morning, Mr Rajan stated he regretted the articles.

“In connection with very fair questions about some foolish observation from a former lifestyles, i would like to say I deeply feel sorry about it,” he said.

“I wrote things that have been rude and immature and i look again on them now with actual embarrassment, and ask myself what i was pondering, frankly.

“i would like to say sorry for any offence they brought about then or now. I’m utterly committed to impartiality and hope our latest programmes will also be judged on their merits.”

2/ … i would like to say sorry for any offence they caused then or now. I’m totally devoted to impartiality and desire our up to date programmes may also be judged on their merits

A BBC spokesman stated: this newsletter predates Amol’s paintings at the BBC.

“Once journalists join the BBC, they depart previous perspectives at the door.

“Amol is an experienced BBC journalist who studies on all of the subjects he covers in an impartial means and in line with the BBC’s editorial guidelines.

“All BBC current affairs output is needed to be independent.”

Dickie Arbiter, the Queen’s former press secretary, prior to now advised The Telegraph: “Unfortunately reporting on the BBC seems to have fallen by the wayside – now it is all approximately opinion. Has Amol Rajan modified his opinion because the Indie?”

Joe Little, Of Splendor magazine, said: “Amol Rajan’s piece in the Unbiased, written in the course of the Queen’s Diamond Jubilee year, left readers in unquestionably approximately his anti-monarchist stance.

“9 years on, and now at the beleaguered BBC, it will be fascinating to look if those sentiments prevail.”