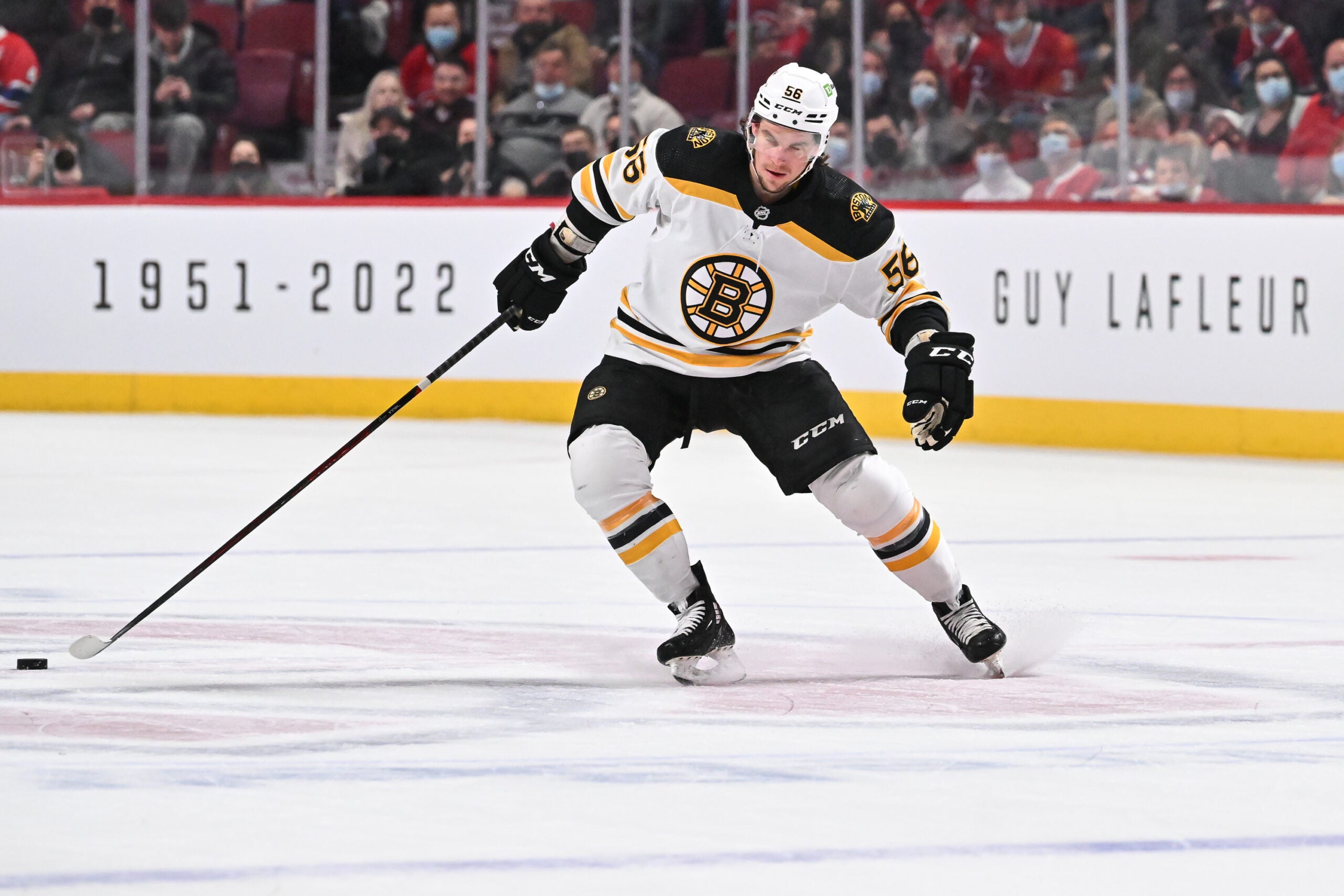 Bruins center Erik Haula scored a pair of goals in the team’s 5-3 victory over the Canadiens on Sunday, including an amusing one in the first period.

Late in the period, Canadiens forward Mike Hoffman gave the puck away in the offensive zone, then was penalized for slashing Haula on a breakaway. Haula was awarded a penalty shot.

As Haula skated up to the puck, he appeared to whiff attempting to collect it. Haula then skated back, started over and calmly fired the puck into the back of the net.

Here’s a look at Haula’s goal, which gave the Bruins a 2-0 lead.

Patrice Bergeron scored a pair of goals in Sunday’s win as well.