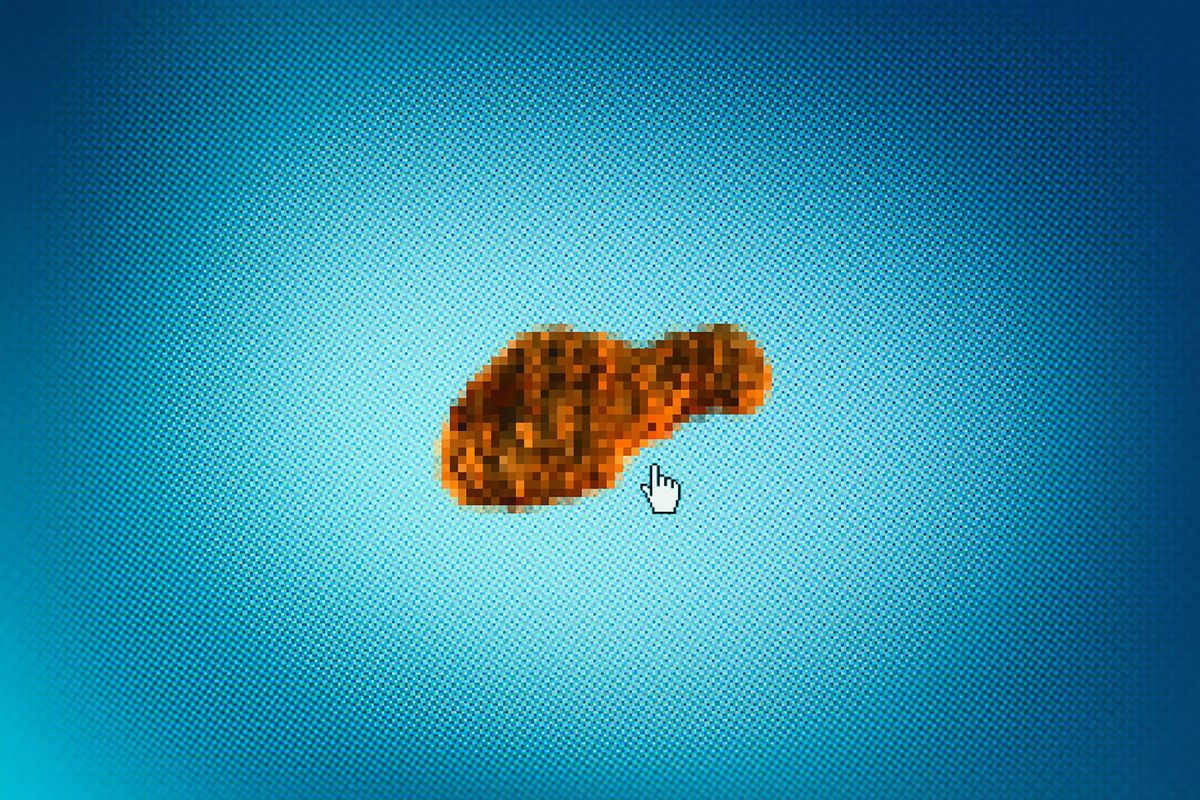 If one looks to a certain subset of science fiction, the future of food is edible sludge. There’s the porridge from “The Matrix,” the protein paste from “Alien” and the off-green cottage cheese-like lumps of “Brazil.” In these universes, taste has been supplanted by technology, a development that is equal parts grotesque and nutritionally expedient.

There’s a certain spartan logic to it that would appeal to a robot, which is why when I tasked an AI with drawing its favorite meal, I suppose I expected it to render a bowl of gruel (or perhaps a tasty-looking plate of wires?). Instead, DALL-E Mini’s tastes are decidedly more Midwestern.

DALL-E is an AI system created by OpenAI, which uses a machine learning model with billions of individual parameters to generate images from text prompts. The results vacillate between surreal and hyper-realistic. Currently, it’s only available to a certain subset of researchers, but free-use copycats have surged online in recent weeks, including the popular DALL-E Mini.

Related: From computerized carts to “Chef Bots,” how AI is becoming a bigger part of grocery shopping

Users have adapted this more accessible AI into something of a meme template. Type in any string of words, and it will produce a grid of nine images. Chicago Mayor Lori Lightfoot riding a dinosaur? Done. Bob Belcher as Jesus? A little blurry, but sufficiently sacrilegious. Serial killer Aileen Wuornos on the set of “Drag Race”? As unsettling as one would predict.

Things get a little more complicated, however, when users give DALL-E Mini more introspective prompts. VICE, for instance, wrote about asking the AI to draw a self-portrait.

“Based on what prompt I chose,” the outlet’s Janus Rose wrote, “DALL-E Mini either sees itself as some sort of seabird, a goat-like creature or a mysterious orb that resembles a microscopic organism — among many other bizarre mutations.”

Similarly, on Sunday night, I asked DALL-E Mini to depict “your favorite meal.” 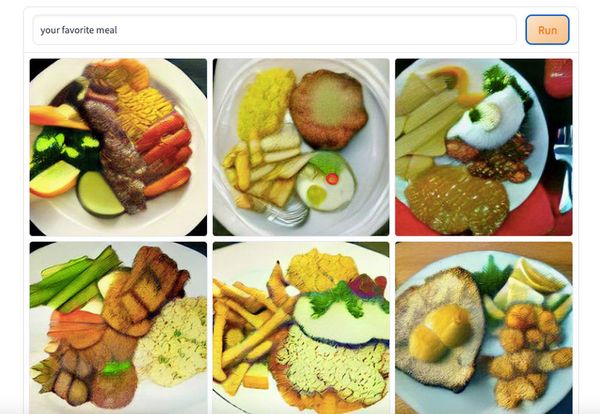 The results were a little surprising in their averageness. While the plates DALL-E rendered were incredibly blurry, they didn’t look unlike a diner menu (with pictures!) that had been run through a photocopier running tragically low on toner. You can definitely make out the steak. There are a couple of brown blobs that could be chicken-fried-anything or schnitzel. Three or four plates have potatoes, or what at least appear to be steak fries or tater tots.

If you look hard enough, there are definitely some vegetables — celery sticks, a row of off-red logs that could be either carrots or peppers — but the bulk of the greenery comes in the form of decorative parsley.

Now, it’s tempting to look at the results and simply classify DALL-E as a meat and potatoes man, but of course, the AI has no preferences of its own. Even simple terms like “favorite” denote the ability to rank items based on feelings and experience. Despite more global concerns to the contrary — many of which came to a head at Google headquarters earlier this week after an employee flagged concerns that their AI chatbot had developed free will — this AI is not sentient.

The images that it produces are an amalgam of the training data that it’s fed, which include innumerable images from the internet, along with their descriptions. Eventually, the AI builds associations between the two. That means its “understanding” of the world around it is based on existing data, which comes with its own limitations. In the project’s documentation on GitHub, OpenAI admits that the system “inherits various biases from its training data, and its outputs sometimes reinforce societal stereotypes.”

To use a food analogy, think of the internet as the contents of a “Chopped” basket and DALL-E as a contestant. DALL-E may produce something unexpected given a specific prompt, however, the creation is still a sum of the parts found in the basket. In the end, DALL-E is more of a reflection of us and our tastes. And, simply put, steak and potatoes are a ubiquitous combination. While definitely not as dystopian as edible goop, the lack of variety is still pretty bleak.

That said, people enjoy putting these prompts in front of AI largely to see the results. Though, perhaps, Siri sums it up best. When asked whether she eats, she’ll merely reply, “I leave the eating to you.”