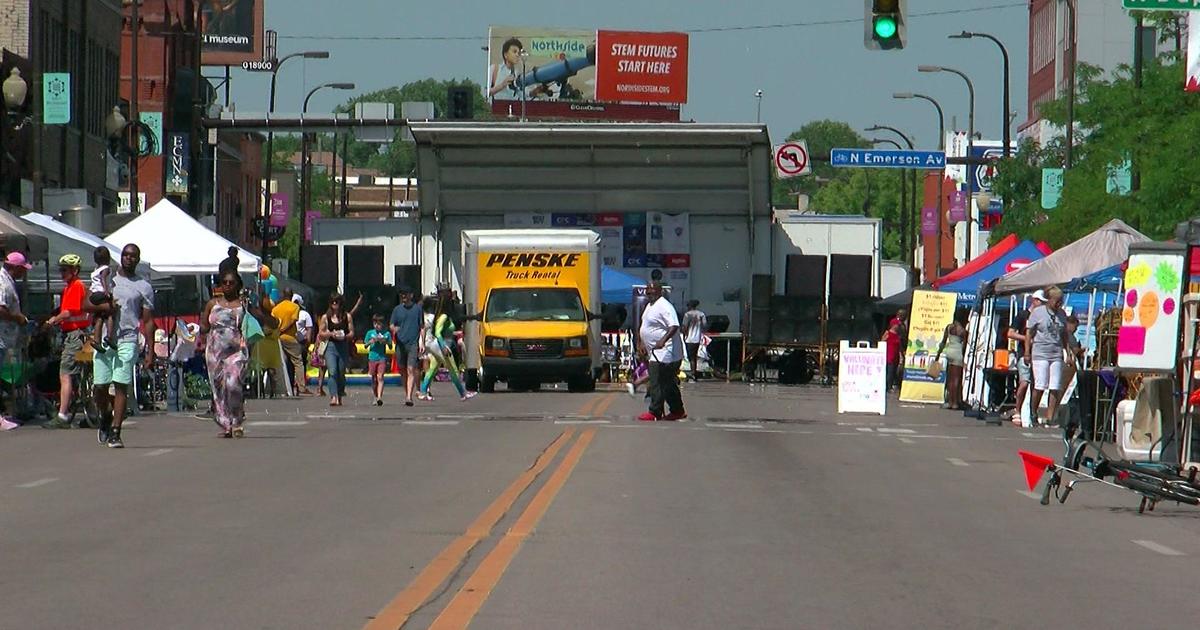 For starters, it was the first time Juneteenth is being celebrated as a federal holiday — a successful push many in Minneapolis attribute to racial justice efforts following the murder of George Floyd.

Secondly, it was the first time it had been celebrated this way in north Minneapolis. Several blocks of West Broadway, a key corridor of the north side, shut down for nearly the entire day to commemorate the event.

“Broadway is our economic main street in north Minneapolis,” said Michael Chaney, who helped found Minnesota’s first Juneteenth celebrations nearly 40 years ago. “It was a brilliant idea, an exciting idea, especially now as we start talking about economic development.”

Chaney says his hope is for the area to experience a renaissance – piggybacking on the success of Black leaders and business owners who already call the area home.

On Sunday, the path for that vision was clear as dozens of Black business owners lined the street.

“We can network. We can network together,” said Barb Powell, who launched her business, Soaptree Factory, during the pandemic.

“I look at where we came from the past two or three years, I look at our situation today, and we’ve come back together to enjoy life,” said Pastor Hubert Brown of House of Refuge. Brown’s church sold chicken, fish, nachos and cheese fries at the event Sunday.

“It means a lot to see where we came from as people and then we’re coming together as one in the future,” he said.

“I think that this year is kind of emblematic of really how Juneteenth has been respected and how its merits have grown now that it’s a federal holiday,” Chaney said. “There’s a Juneteenth this year I like to jokingly say on every corner, as well as it should be.”