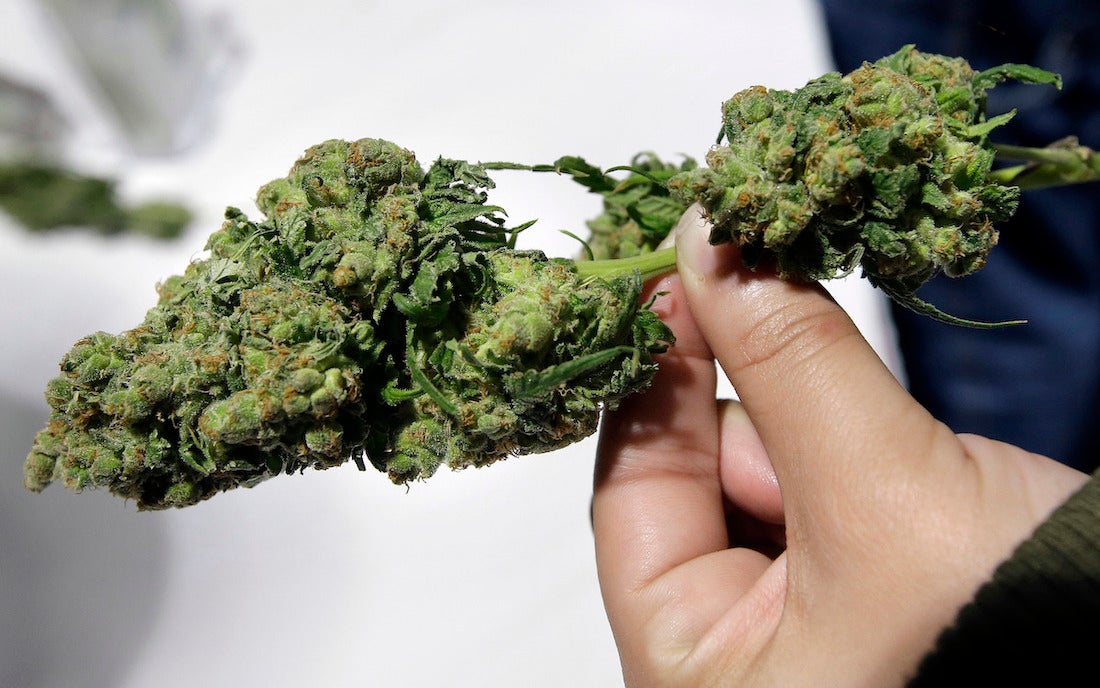 Both chambers of the Massachusetts Legislature have now passed bills to amend the state’s marijuana law to help diversify the local industry, lay a path for so-called cannabis cafes, and address other issues advocates and regulators say have created roadblocks and concerns in the burgeoning $3 billion industry.

House lawmakers on Wednesday backed a proposal aimed at funneling cash brought in through the state’s marijuana excise tax toward funding opportunities in the industry for residents in communities disproportionately harmed by the War on Drugs, the State House News Service reports.

Only 20 of the 346 businesses — fewer than 6 percent — have, in some form, stemmed from those initiatives, according to the News Service.

“Since the passage of legal recreational cannabis, the creation and growth of the legal industry in the commonwealth has been, in most cases, a success, leading to hundreds of new businesses, thousands of new jobs, and the creation of new revenue streams for the commonwealth and its municipalities through this new and innovative industry,” said Worcester state Rep. Dan Donahue, the House chair of the Cannabis Policy Committee.

“It is, however, time to revisit the initial legislation to provide clarity on the intent of (the) legislation and to work to ensure we continue to remove barriers to entry into this unique industry for those communities who are so disproportionately harmed and impacted by the prohibition of marijuana,” Donahue added.

State lawmakers are also considering how to allow cities and towns to permit marijuana establishments where patrons can consume cannabis products on-site and how to improve oversight of host community agreements.

The agreements, deals made between prospective businesses and municipalities that are necessary to secure so the former can legally operate, have raised concern over the power local officials yield as gatekeepers to the still, relatively new industry.

In September, for example, former Fall River Mayor Jasiel Correia was convicted for extorting hundreds of thousands of dollars from marijuana entrepreneurs seeking to open up shops in the city in exchange for host community agreements.

Here’s what to know about the two bills as House and Senate officials hammer out a final version:

Here’s what the Senate bill proposes

Last month, the state Senate passed its own marijuana industry reform bill, which supporters say tackles some of the larger, outstanding problems that persist five years after the state’s legal market was signed into law.

Senators have framed “An Act Relative to Equity in the Cannabis Industry” as a vehicle for both economic development and racial justice, according to the News Service.

The bill received unanimous support after getting a stamp of approval from the Cannabis Policy Committee.

“If you talk to advocates, to policy experts, to the Cannabis Control Commission, you will find near-universal agreement,” Chang-Díaz said. “They will tell you … that the costs of entry into the industry are too high and that there is a severe lack of access to capital in this industry. It typically requires $1 to $1.5 million dollars in liquidity to open a new cannabis retail shop or $3 to $5 million for a manufacturing facility.

“It’s no surprise that despite our best intentions, the industry has remained predominantly white and predominantly in already wealthy hands,” she added.

The Senate bill seeks to rectify that through creating grants and loans — including forgivable and no-interest loans — for participants in the CCC’s social equity program and for economic empowerment priority applicants.

The cash would flow through the Cannabis Social Equity Trust Fund, which would get 10 percent of the money in the Marijuana Regulation Fund, the state account that takes in marijuana excise tax and other fees.

Additionally, the bill would give cities and towns the ability to opt-in to allowing marijuana cafes in their municipalities by local ordinance. Cities and towns could also use the local referendum option already available to approve or reject the right for such an establishment to open within their borders.

“Permitting this to go through the local political process, this decision making to go through the local political process the same as all other town ordinances do, will both save municipal resources needed to execute a ballot question and avoid delays resulting from having to wait months or years until the next election cycle in some cases, while also maintaining accountability to the voters,” Chang-Díaz said.

The proposal would also instruct the CCC to review and approve host community agreements and to “regulate and enforce” their terms, according to the News Service.

As for what those terms are, the bill also more clearly defines what local officials can ask for from prospective businesses under those agreements, and requires the CCC to develop a model agreement that municipalities may use as a template. Towns and cities can also waive the requirement for host communities agreements under the bill.

“By clarifying the requirements of the host community agreements, making financial investments to increase social equity and allowing for the full implementation of the cannabis industry through permitting social consumption authorization, I am confident that this legislation aids in the continued growth of a competitive and equitable commercial marijuana industry here in the commonwealth of Massachusetts,” Senate Ways and Means Committee Chairman Michael Rodrigues said last month.

Here’s what the House bill proposes

House lawmakers near unanimously passed their own bill focusing on similar challenges in the industry on Wednesday.

The sweeping proposal passed in a 153-2 vote, with the nay votes coming from Rep. Jeff Turco, a Winthrop Democrat, and Rep. Marc Lombardo, a Billerica Republican, according to the News Service.

House Speaker Ron Mariano praised the bill as an effort “to advance an equitable cannabis industry” in Massachusetts.

“This bill provides capital to minority-owned marijuana businesses to ensure that those disproportionately harmed by marijuana prohibition can participate in this new industry,” Mariano said in a statement posted on Twitter. “It also expedites the expungement process for those seeking to clear a record for offenses that have been decriminalized, clarifies the process for approving social consumption sites, and allows cannabis businesses the same tax advantages that other businesses have.”

Notably, the House bill seeks to throw 20 percent of the money collected annually through marijuana taxes and fees into what would be the new Social Equity Trust Fund, according to the News Service. The fund would provide grants and loans to entrepreneurs in demographics disproportionately impacted by drug prohibition laws.

In essence, the model is similar to the Senate’s proposal, but the House version would funnel more cash with the aim to encourage diversity in the industry.

In fiscal year 2021, for example, the trust fund would have received about $22.3 million under the bill, the News Service reports.

“Business owners, they’ll tell you that they need about $1 million to realistically break ground to get into this industry,” said Boston state Rep. Chynah Tyler, who filed the amendment to raise the amount to 20 percent. “So if we really want to bring social equity to this industry, if we really want to do what we say by putting our money where our mouth is, we have to invest real dollars.”

Also like the Senate bill, the House bill spells out what may be included in a host community agreement, grants the CCC the purview to review and approve those agreements, and puts into law the right for cities and towns to waive requirements for such agreements.

Under the House bill, cities and towns can also hold a referendum vote to determine whether they will allow marijuana cafes to operate or through the vote of a public body, the News Service reports.

“Social consumption sites are important to establish because many residents do not have a location where they may legally consume cannabis products,” Donahue said. “This issue disproportionately affects renters, especially those in public housing and medical patients. In addition, social consumption businesses tend to have lower startup costs than other license types.”