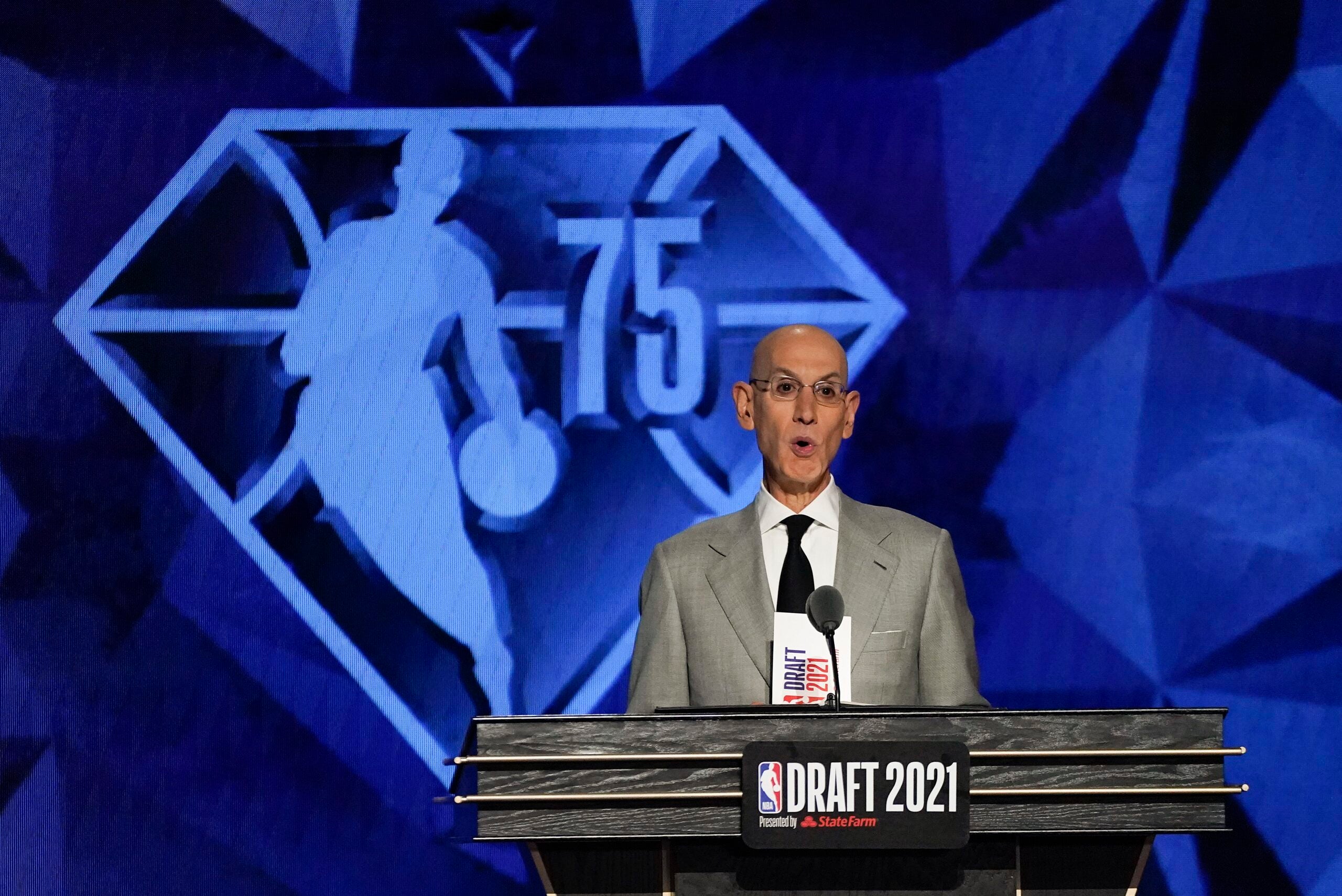 Right as one season ends, a new one begins.

A week after the 2022 NBA Finals ended, the 2022 NBA Draft will take place on Thursday night. The Orlando Magic won the Draft Lottery in May and will hold the top pick in Thursday’s draft while the Oklahoma City Thunder and Houston Rockets hold the No. 2 and 3 picks, respectively. The Sacramento Kings (No. 4) and the Detroit Pistons (No. 5) round out the top five.

Boston does have its second-round pick still in the 2022 NBA Draft. It also has control of its first-round pick in each of the next five drafts and three former first-round picks still on rookie contracts (Grant Williams, Aaron Nesmith, and Payton Pritchard), among other assets, at its disposal if it wants to trade back into the first round.

In each of the last two drafts, the Celtics have selected a foreign player with their second-round pick (Yam Madar and Juhann Begarin) with the purpose of stashing them until they believe they’re ready for the NBA. Boston could do that again this season as it currently has 12 players under contract for next season.

Here’s everything else you need to know about the 2022 NBA Draft.

TV: ESPN, ABC (first round only)

When the Celtics pick

The Celtics only have one pick in the 2022 NBA Draft, and it comes near the end of it. Boston’s lone pick is the No. 53 overall pick, which is the sixth-to-last pick in Thursday’s draft.

31. Indiana (from Houston via Cleveland)
32. Orlando
33. Toronto (from Detroit via San Antonio, Washington and Chicago)
34. Oklahoma City
35. Orlando (from Indiana via Milwaukee)
36. Portland
37. Sacramento
38. San Antonio (from Los Angeles Lakers via Chicago and Washington)
39. Cleveland (from San Antonio via Utah)
40. Minnesota (from Washington via Cleveland)
41. New Orleans
42. New York
43. LA Clippers
44. Atlanta
45. Charlotte
46. Detroit (from Brooklyn)
47. Memphis (from Cleveland via New Orleans and Atlanta)
48. Minnesota
49. Sacramento (from Chicago via Memphis and Detroit)
50. Minnesota (from Denver via Philadelphia)
51. Golden State (from Toronto via Philadelphia)
52. New Orleans (from Utah)
53. Boston
— Milwaukee (forfeited)
— Miami (from Philadelphia via Denver; forfeited by Miami)
54. Washington (from Dallas)
55. Golden State
56. Cleveland (from Miami via Indiana)
57. Portland (from Memphis via Utah)
58. Indiana (from Phoenix)

The Auburn product is viewed as one of the top three prospects because of his combination of size and shot-making. As a freshman, Smith scored 16.9 points per game, making 42 percent of his 3-pointers on 5.5 attempts per game. He added 7.4 rebounds per game, earning him second-team All-American honors.

Holmgren is also a contender to be the first pick of the draft. In his lone season at Gonzaga, he scored 14.1 points and grabbed 9.9 rebounds per game. There have been questions if Holmgren can hang with NBA big men due to his skinny frame, but he did win his conference’s defensive player of the year award and has shown outside shot-making ability, making him an enticing prospect.

Banchero is viewed as one of the three top prospects in the draft by most scouts. As a freshman, he helped Duke reach the Final Four, scoring a team-high 17.2 points per game. Banchero has stated he’s modeled his game after Celtics star Jayson Tatum, another Duke product.

The Purdue guard is arguably the most electric prospect in the draft. Ivey threw down several exciting dunks this past season, helping him score 17.3 points per game. He also has shown perimeter shooting ability and dished out 3.1 assists per game last season.

Murray was one of the country’s top scorers at Iowa last year, scoring 23.5 points per game. He had a tremendous rise as a prospect after not being ranked as a recruit out of high school. Murray will turn 22 in August, making him a relatively older prospect.

Mathurin was a key reason for Arizona’s comeback year in 2021-22. He scored 17.3 points per game on 45 percent shooting from the field and 36.9 percent from 3-point range, earning him PAC-12 Player of the Year honors.

Daniels is the top non-NCAA prospect in this year’s draft. Playing with the Ignite, the development team affiliated with the NBA’s G League, Daniels scored 11.3 points, grabbed 6.2 rebounds, and dished out 4.4 assists per game.

Griffin, who played alongside Banchero at Duke, is one of the top 3-point shooting prospects in this year’s draft. He made 44.7 percent of his 3-pointers this past season, helping him score 10.4 points per game as a freshman.

Davis had a strong all-around season at Wisconsin in 2021-22. He scored 19.7 points and grabbed 8.2 rebounds per game, earning him Big 10 Player of the Year honors and first-team All-American spot.