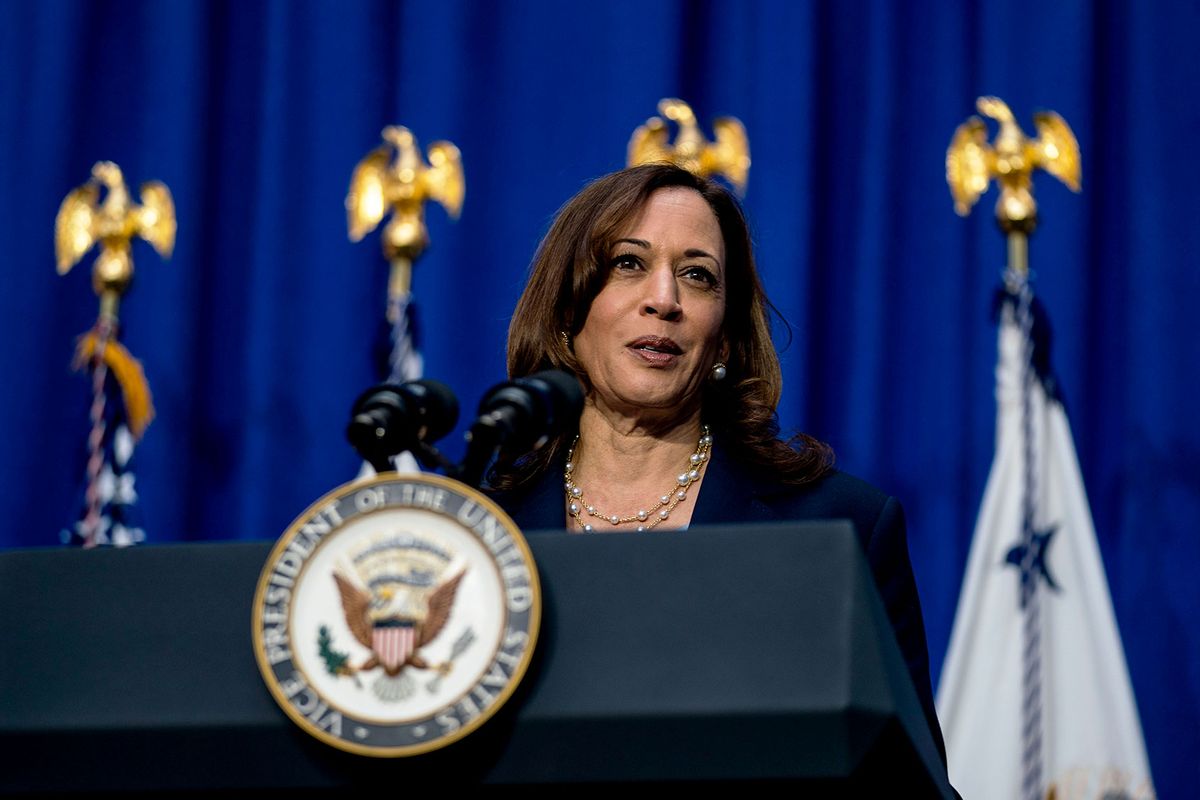 The White House is making efforts to expand access to life-saving COVID drug Paxlovid, manufactured by Pfizer, which previously suffered from shortages yet which now is widely available in most parts of the country.

A combination of two different anti-viral drugs, Paxlovid has been shown to reduce risk of hospitalization or death from COVID-19 by around 88 percent compared to a placebo in a double-blind trial. Following FDA emergency use authorization, Paxlovid became available for emergency use, Dec. 22, 2021. At the time, the omicron variant was dominant in the United States. As fear of another deadly wave mounted, shortages prevented the wide distribution of the highly effective antiretroviral therapeutic drug — though fortunately, that is no longer the case.

Vice President Kamala Harris, who tested positive for COVID-19 on Tuesday, is taking Paxlovid to treat the virus. Fortuitously, Vice President Harris has reported having no symptoms.

“When Paxlovid first became available, the word on the street was these things are not widely available, you should restrict it to the highest risk patients,” he told reporters. “Too many physicians still have that mindset, and what we need to do is to help American physicians and nurse practitioners and others who can prescribe understand that we now have plenty available.”

Meanwhile, the White House is reaching out to doctors to encourage them to prescribe the once-scarce drug to patients. The administration is also planning to distribute the pill to pharmacists directly. The U.S. also ordered enough pills to treat 20 million people.

“The bottom line is that we want to make this therapeutic available to all Americans,” Jha continued.

Department of Health and Human Services data show 175,000 doses of the drug are available every week. States, Tribes, territories, and community health centers can receive them for free, but only two-thirds of these federal supplies are being used, reported Axios, mirroring early vaccine rollouts. Addressing the most vulnerable populations first, already limited supplies went to waste.

Vice President Harris, aged 57, is indeed at higher risk of developing severe symptoms as is anyone over the age of 50, according to the CDC. Despite more than 81% of deaths occurring in those over the age of 65, having received the booster and being asymptomatic do not disqualify her by official guidelines.

Initial trials have indicated that a five-day treatment course administered early on in mild to modest cases reduced the chances of severe illness by 85%. Formal approval of Paxlovid, a combination of active ingredient ​​nirmatrelvir and ritonavir, has not been issued, but its use has been greenlighted for its potential to reduce hospitalizations and deaths. In laboratory settings, Paxlovid has also been shown to be effective against subvariant BA.2.

RELATED: The difference between “FDA approval” and “emergency use authorization”

“Any high-risk person should have it. Timing really matters. The earlier the better. People should not wait until they develop symptoms to start taking it,” Dr. Leana Wen told Axios.

Physicians, nurse practitioners, and others eligible to prescribe antiretroviral drugs thus far have restricted access to those at the highest risk. According to Press Secretary to the Vice President Kirsten Allen, Vice President Harris began treatment following consultation with physicians. Allen tweeted the update, following an initial press release regarding her positive PCR and rapid test results.

“She has exhibited no symptoms, will isolate and continue to work from the Vice President’s residence,” maintained Allen in her official statement. “She will follow CDC guidelines and the advice of her physicians.”

Having received the second booster on April 1, just three days after it became approved for adults over 50, Vice President Harris has publicly maintained a cautious approach to COVID-19. The White House has yet to make official statements regarding her treatment with Paxlovid.

In a statement, WHO expressed extreme concern about the availability and pricing of the drug in low- and middle-income countries, which were likewise snubbed by Pfizer and other pharmaceutical companies responsible for producing the drug.

“Lack of transparency on the part of the originator company is making it difficult for public health organizations to obtain an accurate picture of the availability of the medicine, which countries are involved in bilateral deals and what they are paying,” they wrote. “In addition, a licensing agreement made by Pfizer with the Medicines Patent Pool limits the number of countries that can benefit from generic production of the medicine.”