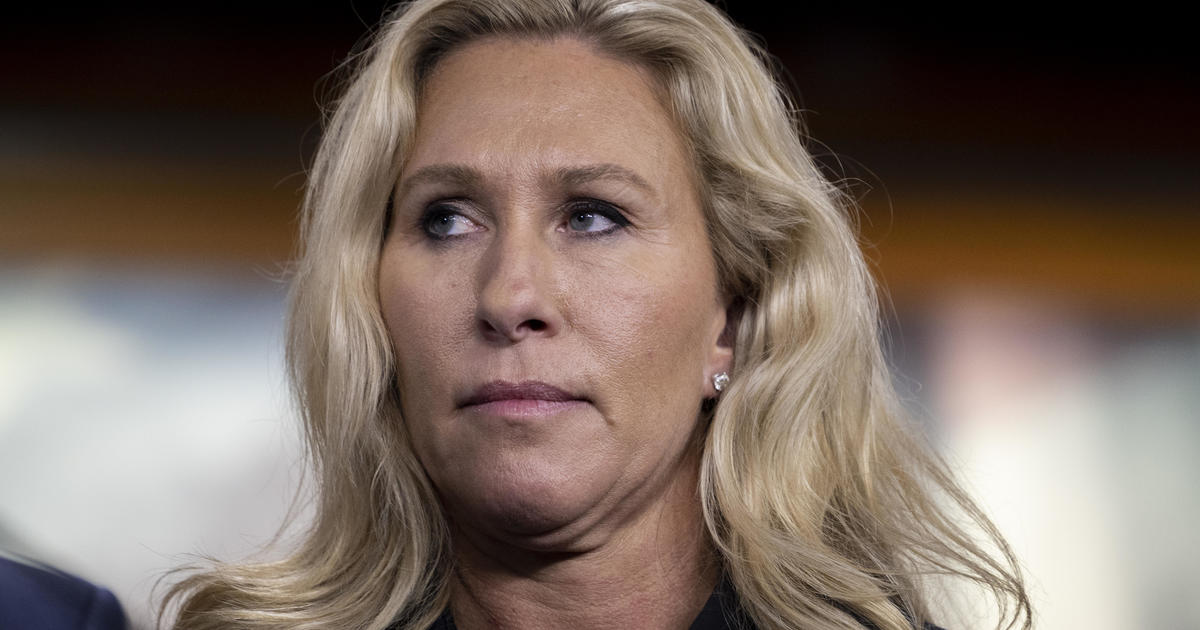 Washington — The White House is reacting sharply to comments made over the weekend by Georgia Rep. Marjorie Taylor Greene and how the insurrection on Jan. 6, 2021, might have gone if she had indeed been its ringleader.

The Georgia Republican spoke Saturday at a dinner hosted by the New York Young Republican Club and recounted how her critics have incorrectly labeled her an organizer of the insurrection that left one person shot dead and led to the deaths of two other police officers.

“I want to tell you something, if Steve Bannon and I had organized that, we would have won. Not to mention, we would’ve been armed,” she said Saturday, according to the New York Post.

She also criticized ongoing U.S. funding for the war in Ukraine and called on Republicans to back former president Donald Trump’s 2024 campaign.

In comments shared first with CBS News, White House spokesman Andrew Bates said it “goes against our fundamental values as a country for a Member of Congress to wish that the carnage of January 6th had been even worse, and to boast that she would have succeeded in an armed insurrection against the United States government. This violent rhetoric is a slap in the face to the Capitol Police, the DC Metropolitan Police, the National Guard, and the families who lost loved ones as a result of the attack on the Capitol. All leaders have a responsibility to condemn these dangerous, abhorrent remarks and stand up for our Constitution and the rule of law.”

While the White House has pledged to work with Republicans set to take control of the House next year, it hasn’t shirked from sharply criticizing those that participated in, supported or defend the 2021 insurrection or who continue to say or do things that undermine American democracy. It has been especially quick to respond to Trump and his recent dinner with white supremacists or his comments suggesting that the U.S. Constitution should be terminated in the wake of his 2020 loss to President Biden.

Ed O’Keefe is a senior White House and political correspondent for CBS News based in Washington, D.C.