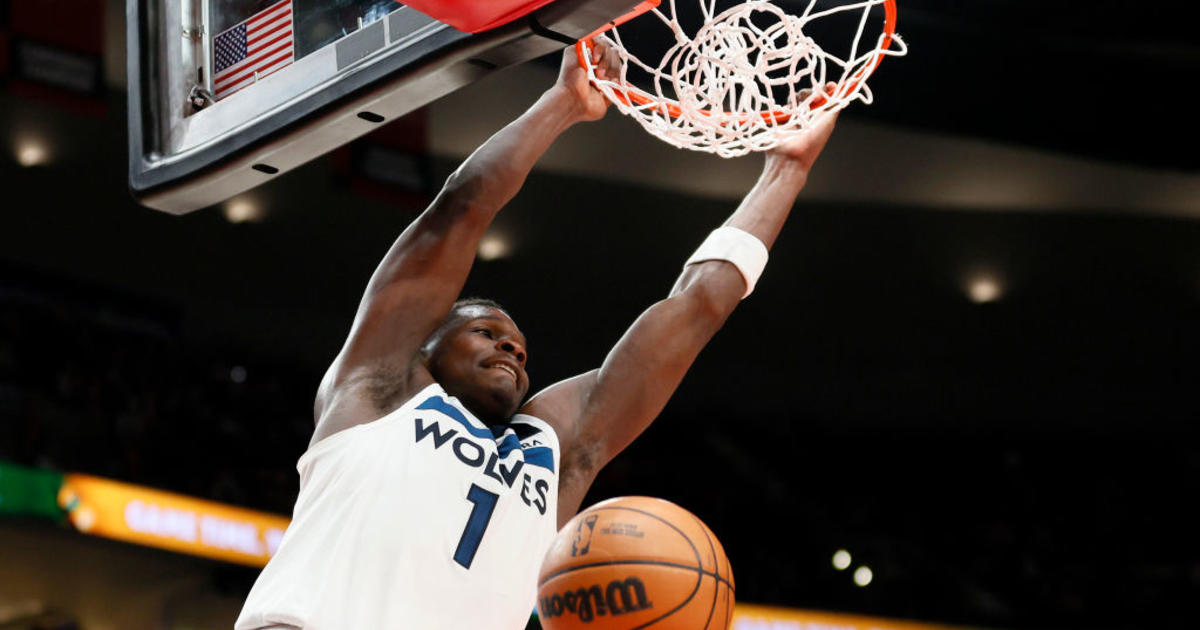 MINNEAPOLIS — The Timberwolves have just one late first round pick in the 2022 NBA draft, but with the 19th spot overall and three picks in the second round, they have designs to add real value to their roster.

Looking to extend their playoff fortunes and build on the core of Anthony Edwards and Karl Anthony-Towns, the Wolves have a variety of trouble spots they can address and should look to remedy at least one in the first round. Of course, it all comes down to what they decide to do with the current roster — D’Angelo Russell, who hasn’t quite lived up to his floor general duties, in particular.

If they choose to trade starting point guard Russell, the Wolves will likely be looking for a new ball-handler to compliment their aforementioned duo. If they decide to keep Russell, they might be looking to add a sizable big man to snag more boards to avoid ending up as one of the worst rebounding teams for a consecutive year.

Who could the Wolves be eyeing for their 19th pick?

If the Wolves want a guard, TyTy Washington of Kentucky has a strong chance of being available at the 19th spot. Washington is a 6’2″ guard with an impressive feel for the game. At just 19 years old, he’s a mature playmaker who could perform well in the pick and roll alongside Anthony-Towns. Washington has tremendous ball control and an array of moves to get past defenders without an overreliance on athleticism. When he isn’t feeding other teammates, he has a lethal midrange jumper and floater to go along with his decent three-point shot that has a potential to improve. Washington’s stringy length can also help improve Minnesota’s defensive upside on the perimeter.

Dyson Daniels of the G League Ignite is another true point guard the Wolves may look to pick up at the 19th spot. He’s projected to get picked off the board in the lottery, but his shaky jumper may allow him to drop enough for the Wolves to grab him. Daniels made just 25% of his threes during his lone season in the G League, but he has the makings of the type of ball handler that can really raise the floor for Edwards and Anthony-Towns. Daniels’ allure is his passing skills. But his improvisational ability along with his elite athleticism makes him a superior pick and roll maestro, regular lob threat off the ball and a powerful finisher with possession. On the opposite end of the floor, he’s an energetic defender with high basketball I.Q. that keeps the play in front of him. Daniels, also 19 years old, plays in a way that can excite fans and set the tone on both ends of the floor for his teammates. The Australian-born prospect could fit right away in the starting lineup if he isn’t being asked to score.

If the Wolves want a big, Walker Kessler of Auburn is the best center that has a chance of being available at the 19th pick. At a lanky 7 feet tall with a 7’5″ wingspan, Kessler is billed by many to be the best interior defender in the draft. In his season at Auburn he averaged 4.6 blocks per contest and was disciplined enough to avoid fouling. Kessler has great foot-speed for his size and is commanding when crashing the glass. He certainly has the rebounding acumen the Wolves need. Kessler can also defend off the ball well enough to make up for Anthony-Towns defensive shortcomings. And, though he was a poor shooter in college, he has the intangibles and form to grow as a three-point threat as he ages.

Two-way guard Jalen Williams from Santa Clara and defensive center Christian Koloko are viable options as well, depending on how the Wolves choose to move forward with their roster. By the second round, all that will be available will be an assortment of unheralded wing athletes who likely would not be contributing to any Timberwolves game day roster. Those three second rounders may be traded or sent to the G League.

Knowing what they’re capable of in the playoffs, the Wolves may just decide to trade their 19th overall choice along with Russell for a more affordable and fitting guard to add to the duo of Anthony-Towns and Edwards.

Though the leftover talent in the late round is far from plentiful, the need for Minnesota — a team that features a playoff-ready starting lineup with two 20-point scorers and a bevy of serviceable role players — is quite minimal to help propel it to a deep postseason run.

The overall possibilities are numerous, but the recent success has left little room for significant error.

The NBA draft will begin on Thursday at 8 p.m.