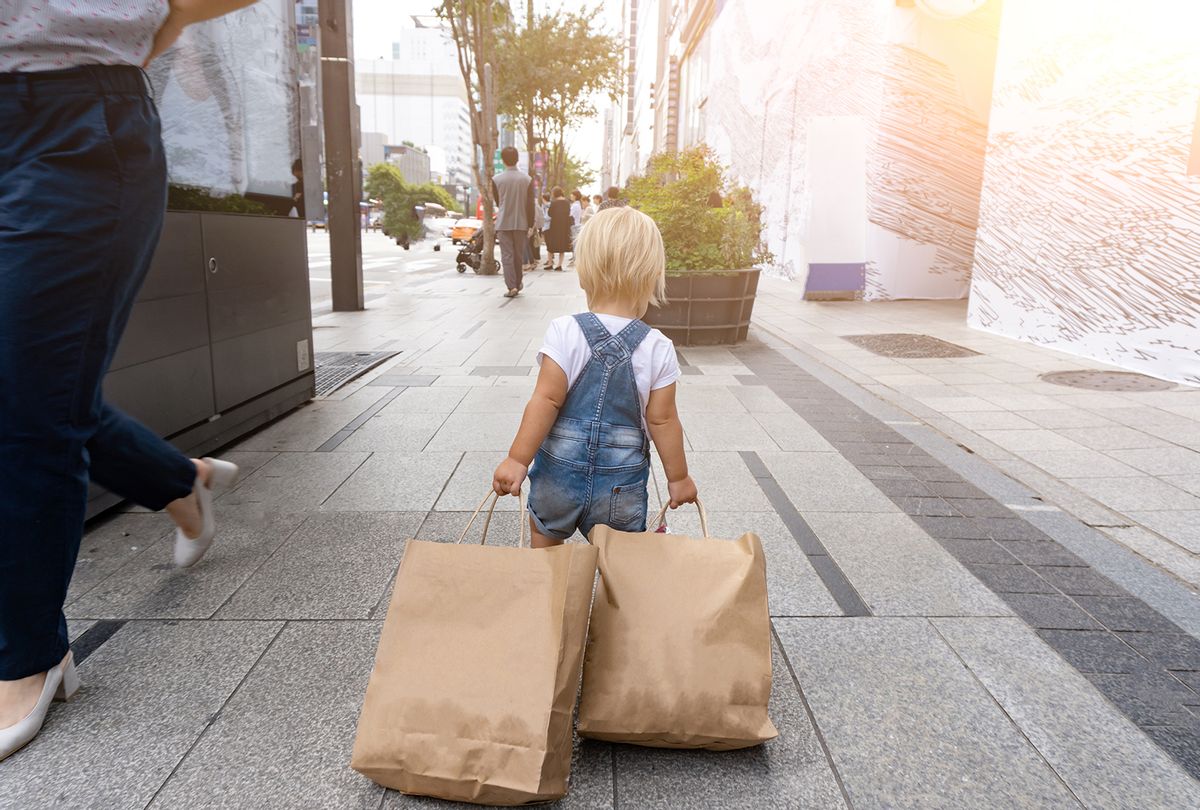 A toddler walks a kilometer to the grocery store, alone, to buy groceries for his family. A duo of tykes climbs hundreds of stairs to complete an errand for mom. Another toddler attempts to make juice for his parents while they farm outside. These scenarios really happened on the Japanese TV show “Old Enough!,” created by Nippon TV in 1991 and now streaming for American audiences on Netflix.

Perhaps predictably, the depiction of very young children demonstrating remarkable self-sufficiency in traversing idyllic planned cities and towns has sparked debate on American parent forums and parenting blogs, which are abuzz about the show. Some are critical of the safety aspects of sending small children out by themselves. Others are perplexed by the toddlers’ abilities to accomplish daunting tasks at a young age. And some parents are inspired.

One American parent, Perry Valentine, said he and his partner “loved” the show. “As a parent, what surprised and amazed me was how Japanese parents can really put their trust in the community so their kids can learn how to do simple tasks for themselves,” Valentine said.

The program, which in Japanese is called Hajimete no Otsukai (which translates to “My First Errand”), has aired in Japan for more than three decades, but only recently started streaming on Netflix in March under the new name “Old Enough!” In the Netflix version, episodes are short— between ten to 15 minutes long — and follow two to six-year-olds running their first errand, by themselves.

In the first episode, a two-and-a-half year old navigates traffic as he walks by himself to a local grocery store to buy several items his parents asked him to buy, pays for it himself, and then safely returns home. Lest you fear for these children’s safety, note that there is some movie magic occurring in the background, as the kids are tailed by the camera crew and community members on the route who have been briefed on what’s happening. Before filming, the show’s staff and parents inspect the routes, checking for dangers or suspicious people. Still, young children running errands or going on public transportation alone in Japan is common. Not many American parents think that could fly here today.

That appears to be one reason that American parents are obsessively watching this show: because it is unfathomable to think that toddlers could run errands in the U.S., given how car-centric and anti-pedestrian the bulk of the nation’s infrastructure is.

“After watching the show, I do agree that letting kids do simple errands is a great way to help them build confidence and responsibility, which are traits that kids definitely bring to their adulthood,” Valentine added. “I think one great factor why this kind of parenting cannot be easily replicated in America is because of the lack of safety in the neighborhood.”

Indeed, the show has sparked many conversations about safety in America, and prompted some rumination over how American cities aren’t kid-friendly — or pedestrian-friendly, for that matter. It wasn’t too long ago that most children walked to school; today, the number who walk to school is estimated to be about 10 percent. Physician’s groups even warn against children walking around alone, including the American Academy of Pediatrics (AAP), which writes: “children should not be unsupervised pedestrians before 10 years of age, except in limited situations.”

Notably, some states and municipalities — like Maryland and Kansas — have laws defining when a child can be left alone without adult supervision. If such laws are violated, parents can have Child Protective Services called on them.

“Children are most likely to be struck by a motor vehicle in an urban area on a residential street close to their home,” AAP states “The most common type of pediatric crash is the pedestrian “dart-out” or “dash,” in which a child walks or runs into the road, either at midblock or at an intersection, often from a position out of view of the motorist.” This kind of crash accounts for 43 percent of crashes that involve 5- to 9-year-olds.

Meanwhile, Japan has been ranked one of the top ten safest countries in the world, and has experienced a steady decline in road fatalities: between 2000 and 2019, the number of annual road fatalities fell by 62 percent. Pedestrians account for 36 percent of road fatalities in Japan, or 1,434 people in 2019, out of 3,920 road fatalities overall in 2019.

In contrast, there were 36,096 road fatalities in the United States in 2019. The U.S. population is only 2.61 times greater than Japan, although road fatalities are much higher. 20 percent of the fatalities were of pedestrians, or 6,205 people.

Devon Kuntzman, a parenting coach and founder of Transforming Toddlerhood, told Salon she believes American parents are fascinated by the show because it shows them the “opposite spectrum of parenting from what we are used to in the U.S.”

“These toddlers are given an extreme amount of independence and responsibility which looks very different from what the average American family is used to, especially since there are many laws in the U.S. that would prompt child services to be called — for example for allowing a toddler to walk along the road unattended,” Kuntzman said. “Toddlers thrive when their developmental needs are fulfilled including the needs to be independent, have a sense of control, to feel capable and to have a role in the family; this show focuses on meeting those needs.”

In other words, it’s the complete opposite of so-called “helicopter parenting,” a term used to describe parents hovering over their kids. Despite many studies showing that such a parenting style can have adverse effects on children, research has shown that it’s still a pretty popular style of parenting.

Dr. Harvey Karp, pediatrician and inventor of the storied Snoo bassinet, told Salon “helicopter parenting is a disparaging term,” which fails to recognize “the almost impossible position that parents have been put into.”

“If we had neighborhood childcare and safe neighborhoods, and we knew our neighbors, that would open the doors for parents to be more confident and trusting, and open the doors for children to have more freedom to learn, make mistakes, and grow,” Karp said. “Over the past decades, the family has gotten smaller and the neighborhood more hazardous — and as a result, parents are less experienced in caring for young children.”

While the show almost certainly can’t be replicated in America, experts do believe there are safe ways American parents can give their toddlers more responsibility without necessarily sending them unaccompanied on errands.

“There are age-appropriate ways to help, feel purpose, and feel valued, and to intermittently stretch and encourage the child to do a bit more,” Karp said, adding that giving kids a way to help the family is “a wonderful way to build character.”

Kuntzman suggested allowing a toddler to water plants, feed a pet, help safely in the kitchen or with laundry.

“Most toddlers love to help just for the joy it brings them and they do not expect anything in return,” Kuntzman said.  “Supporting this intrinsic desire to help when a child is young is what creates a family team player in the future.”