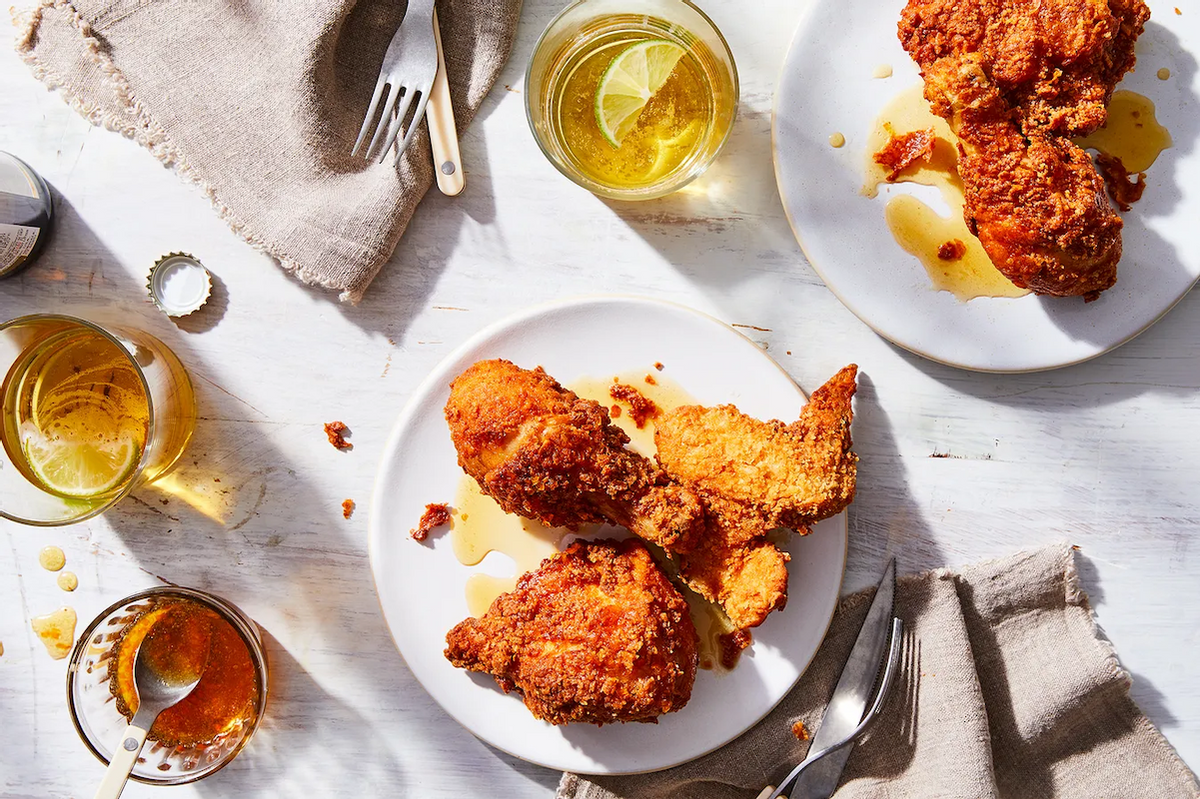 In the musical “Wicked,” the main characters Elphaba and Glinda say to each other, “because I knew you, I have been changed for good.” That’s how I feel about hot honey. This spicy-meets-sweet condiment hasn’t been on the market for very long, but in just over 10 years, it’s become super popular among spice lovers. The product was first introduced by Mike Kurtz, a former music industry professional turned pizza maker turned hot honey creator. While Kurtz was studying abroad in Brazil in college, he ate at a small pizzeria that served their pies with jars of honey infused with whole chile peppers. “I loved the flavor so much that when I got back to the states, I started experimenting with honey-chile infusions,” he told me in an interview. Kurtz says that the ingredient was even somewhat of a novelty in Brazil and that it’s not in any way a traditional condiment.

When Kurtz finally perfected his recipe, he started bottling it and giving it to friends and family, as well as serving it with the pies he was making at Paulie Gee’s, a Brooklyn pizzeria. Demand continued to grow and in 2010, he launched Mike’s Hot Honey.

What is hot honey?

Although Kurtz wouldn’t disclose how he makes hot honey (“trade secrets,” he told me), the basic idea involves infusing honey with peppers (dried chiles, habanero peppers, or Scorpion chile peppers are the most common), and a splash of vinegar.

How to make hot honey

Food52 resident Rick Martinez loves to make homemade hot honey for fried chicken. Here’s how he does it: Heat one tablespoon of the frying oil in a small saucepan over medium heat. Cook garlic and one or two chiles habaneros, stemmed, seeded, and finely chopped, stirring occasionally, until just beginning to brown. Add ½ cup good quality regular honey and a little bit of salt. Bring the mixture to a boil, then immediately reduce the heat to a simmer and continue to cook for another five minutes to allow the flavors to come together. Remove from heat and add a teaspoon of cider vinegar. Let the honey infuse for at least an hour. The longer the ingredients hang out, the spicier the honey will be. Keep warm until ready to serve.

How to use hot honey

While honey is easily adaptable for sweet and savory recipes alike, hot honey is more likely to be applied for savory recipes. According to Kurtz, most people’s introduction to hot honey is drizzled on pizza. Bring the sweet and spicy flavors to a white pie with fig jam or a meat lover’s pizza (it manages to hold its own against the salty, fatty nature of a trio of meats like pepperoni, meatballs, and bacon). But it has a life of its own outside the confines of a 12-inch pizza box. Drizzle hot honey over roasted vegetables, serve it as one of a few different condiments on a cheese and charcuterie board, or use it in place of regular honey in a salad dressing to bring a little heat to a classic vinaigrette. But admittedly, hot honey isn’t all savory games; one of Kurtz’s favorite ways to enjoy it is drizzled over vanilla ice cream, in a hot toddy during the wintertime, or a hot honey turmeric latte.

In this recipe, Rick Martinez not only teaches you how to make ridiculously crispy, flavorful chicken. He also walks you through exactly how to make homemade hot honey using honey, habanero chile peppers, garlic, cider vinegar, and a little bit of salt. The honey is prepared as soon as the chicken is done frying; serve it alongside the meat or drizzle it over the crispy skin for a sticky-sweet glaze.

Heat up your morning with this spicy French toast recipe. For starters, the toast is crispier than ever, thanks to a panko bread crumbs. Whip up a speedy hot honey by mixing Louisiana-style hot sauce with a few giant spoonfuls of honey for drizzling and serving.

Go beyond the usual herb and butter rub for classic roast chicken. Instead, it’s glazed with a rhubarb-infused hot honey for the quintessential spring dinner.

This snack mix has an irresistible balance of crunchiness from pretzels, sesame sticks, and peanuts; sweetness from coconut shards; a little bit more sweetness (and some spice to boot) from hot honey; and a salty, savory edge from soy sauce.