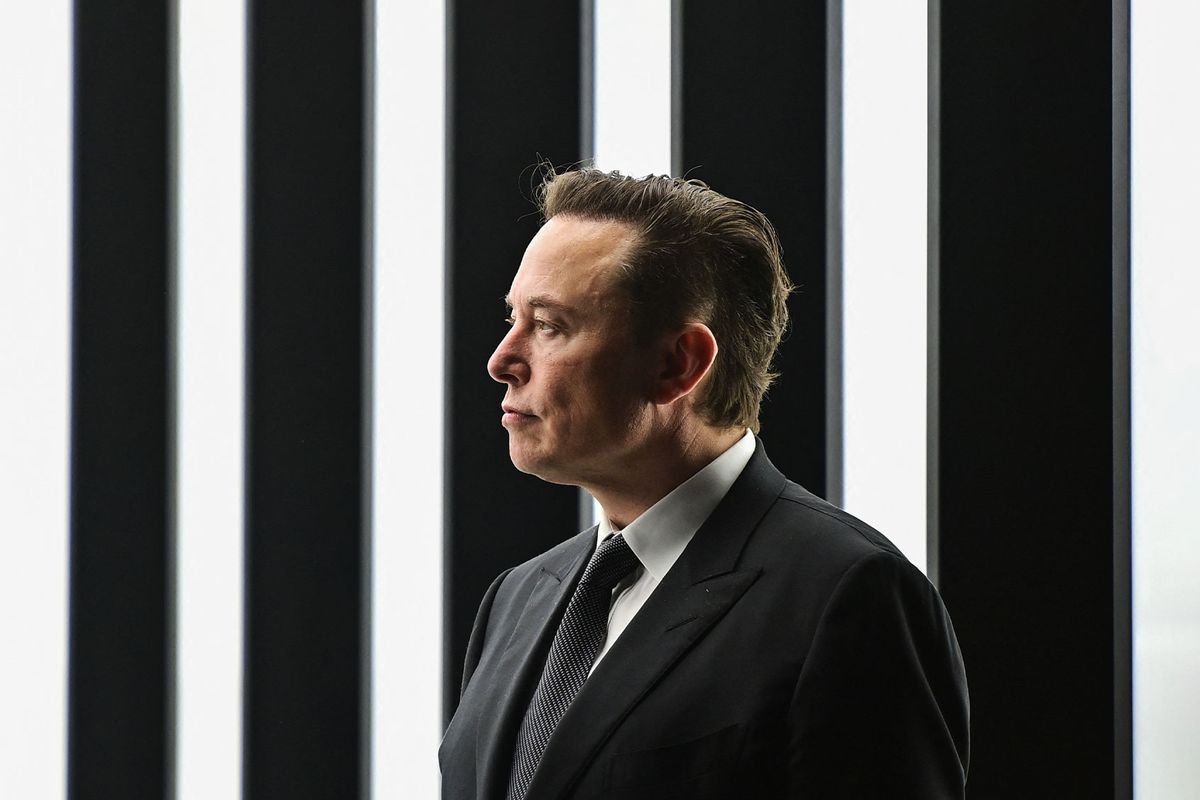 America is a nation of the disposable. We treat women as a disposable means of creating children who, if they aren’t victims of mass shootings, become disposable workers who work most of their lives to create the disposable commodities that are destroying the planet. Those who are disabled, run afoul of the law for even minor transgressions or are unable to work due to old age or illness may be ostracized, punished harshly or simply left to fend for themselves. As a group, the wealthy and powerful need us — to make their money for them and to cater to their whims — and to do this they must show us how anyone can be replaced at a moment’s notice.

But humans are necessarily imperfect workers. We have needs and can get sick or injured. More important, we can fight back. Some, like Elon Musk, are seeking to transcend these limitations by transcending workers themselves. As automation displaces increasing numbers of workers, it may come to replace disposability as a threat with disposability as a permanent state — rendering large swaths of the population economically useless, socially rootless and politically powerless, and thus unable to defend against our own disposal.

Musk is not the only business leader working to spread the idea that automation is beneficial, but his company, Tesla, is pushing hard to innovate in the field. Its humanoid robot, Optimus, is set to be unveiled in September. Musk claims that Optimus is meant to solve the “labor shortage” and to relieve people from doing jobs that are “unsafe, repetitive or boring.” On the surface, these sound like laudable goals, and there are certainly some jobs that are so dangerous and unpleasant that automating them is desirable. But the reason automation is attractive to people like Musk is because it circumvents the human issues that workers face without paying them more, treating them better or conceding any power. Workers in the service industry — those most likely to be replaced by the Optimus robot — aren’t burned out because their jobs are boring and repetitive so much as because they are poorly compensated, highly pressured and often treated rudely by both customers and managers. Amazon isn’t having trouble finding workers because nobody wants to work, but because they are burning through those who do.

Though Musk and others like him, may frame their desire for automation as benevolent, when we consider how they treat their workers, their genuine motivations become clear. Musk and his companies have a rich history of deplorable labor relations: overworking employees, tolerating racist work environments, firing dissenting voices and whistleblowers, union busting and putting lives at risk by defying public health orders during the pandemic. As with the deindustrialization that preceded it, however, automation threatens to further remove the ground beneath workers’ feet, making not just individual employees or businesses but entire industries, and potentially work itself, obsolete and making people like Musk harder to hold to account.

Many people, perhaps understandably, would rather be in a well-defined adversarial relationship with an employer than to feel utterly cast adrift by society. But that choice may be rapidly disappearing and, in the process, driving people into the arms of the political right. Several studies show that those most under threat by automation disproportionately support right-wing populist parties. When looking at the voting behavior of workers from different countries, regions and industries, and controlling for confounding factors, automation has been shown to increase support for the radical right.

While the threat of automation may push workers toward more progressive economic policies, it also shifts them rightward on culture-war issues and voting behavior.

In the U.S., those most vulnerable to automation are more likely to support progressive economic policies, but they are nonetheless shifting rightward on cultural issues and in their voting behavior. The idea that the growing sense of precarity and meaninglessness stems from an erosion of tradition or from excessive tolerance for diversity, rather from an acceleration of economic exploitation, can be attractive to owners because it obscures their role in the crisis and redirects anger at scapegoats, and to workers because it appears to restore a sense of clarity and reorients their place in the world. The result, however, is that the real problem remains unaddressed and other marginalized groups are made more vulnerable.

How much risk automation poses to workers, which jobs are most likely to be replaced and whether new jobs will fill that void are all disputed questions. Some researchers have found that robotization negatively impacts both jobs and wages. Others argue that, over time, automation has created at least as many jobs as it has eliminated, but that these new jobs diverge significantly in terms of the training and specialization they require and how well they pay, increasing both productivity and inequality. Techno-optimists insist that everyone will benefit from this increased productivity, to one degree or another, because any job that can be automated will inevitably be replaced by a new one, perhaps yet to be imagined.

Historian Yuval Noah Harari points out, however, that the longstanding pattern by which technological disruption creates new opportunities is not some inexorable law of nature. Paradoxically, while the optimists rely on the unimaginable to assure us that new kinds of jobs will be developed, they cannot seem to imagine that this pattern could be broken. Harari argues that there is no obvious reason why we cannot automate any conceivable task that a human can perform, that the optimists are overestimating people’s ability to ceaselessly reinvent themselves, and that we running the risk of creating an entire class of the unemployable. According to Harari, not only would that leave many people — conceivably, even most people — with nothing more than idle entertainment or consumption to occupy their lives, it would centralize virtually all economic and political power. That could lead, alongside other emerging technologies, to tyranny.

Whether this worst-case scenario will come about is impossible to know at this point, but large-scale disruptions to the economy, and a growing backlash against them, are not just inevitable but are already here. Musk recognizes the potential of automation to cause impoverishment and social unrest, which is why he has endorsed a Universal Basic Income (UBI) to ensure that every adult citizen, regardless of employment status, would receive taxpayer-funded income adequate to meet their needs.

Remove workers from the political and economic equation in large numbers, and they lose virtually all leverage to reverse the concentration of wealth and power in our society.

While UBI may be necessary, it has various drawbacks. First, while the idea has appeal across the political spectrum, having been endorsed in different ways at different times by such figures as Martin Luther King Jr., Milton Friedman, Robert Reich and Jeff Bezos, achieving social consensus on a sufficient payment would be difficult. A 2020 poll by the Pew Research Center found that only 45% of those surveyed supported a payment of $1,000 a month, an amount below the federal poverty line. Even beyond that question, UBI would do little or nothing to address the increasing concentration of economic and political power that have made it a necessary measure in the first place. Workers got political and economic clout in the past because they had the power to disrupt production. Take workers out of the process altogether and then, even if the government provides for their basic needs, they have lost virtually all leverage to reverse the concentration of wealth and power so that everyone can have an equitable say in our politics.

Disposability is endemic to our society as it is currently organized. While the attitudes, practices and structures that underpin it have existed since before the founding of our country and continue to the present, trickling down from the most powerful to everyone else, they can be resisted. The acceleration of automation is one more aspect of this well-established pattern, but one that threatens to accelerate it to a degree that we have never experienced. There is the potential for catastrophe, but also the potential for all of humanity to benefit from this transformation. Major capitalist leaders like Elon Musk, though, have a clear vested interest in certain outcomes. They may not intentionally seek social and political catastrophe, but in seeking more power for themselves at the expense of average people, they may well bring such a catastrophe about. Technological advancement is inevitable — but how it plays out, what it’s used for and whether its benefits are distributed equitably is up to us to decide.

on Elon Musk, Tesla, Twitter and the human future