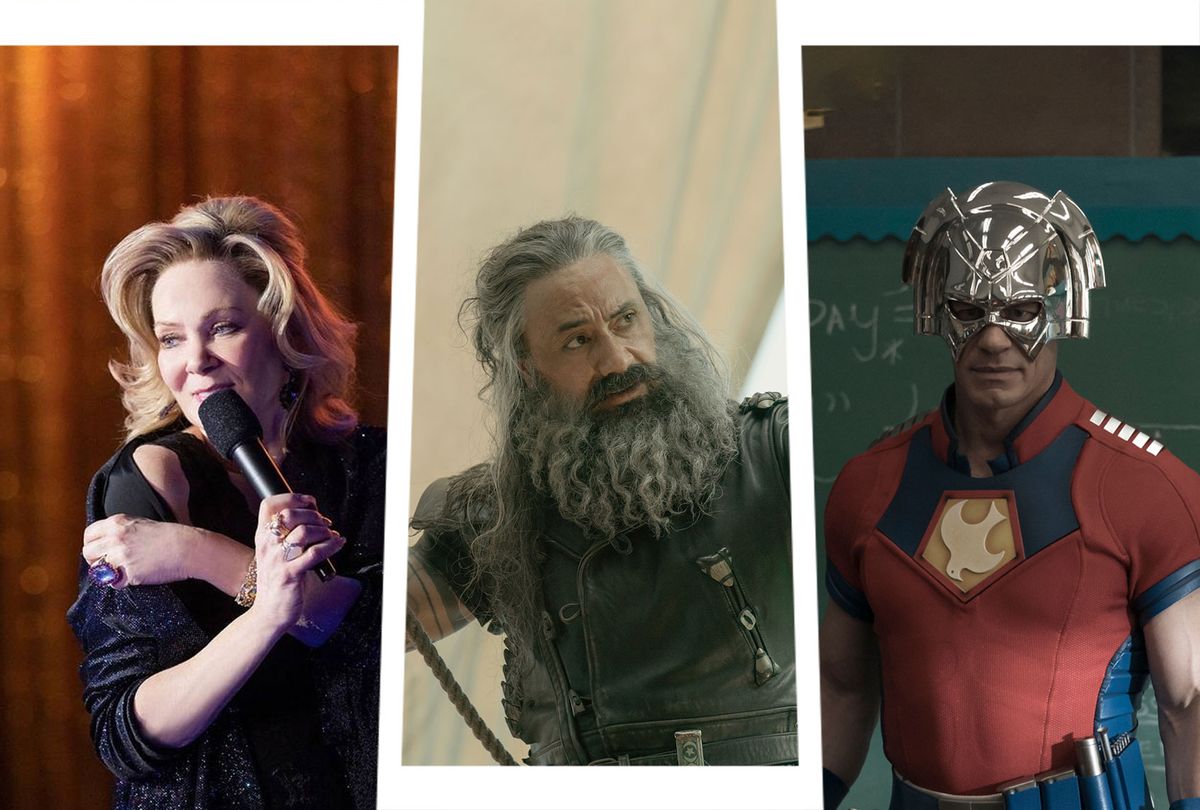 Corporate megamergers do not usually concern the average person. Companies devour each other on the regular, and most of us are none the wiser about the fallout such events produce until the products or services you assumed would always be there for you suddenly vanish without explanation, become more expensive or decrease in quality.

When this happens to tangible goods, we may mourn for a moment before reaching for something else and getting on with life. But there are no one-to-one replacements for or favorite TV shows or movies we may have been anticipating, which is why the Warner Bros. Discovery shakeups have received so much attention.

Last Tuesday’s revelation that the company scrapped “Batgirl” was particularly shocking. That movie was set to introduce “In the Heights” star Leslie Grace to the DC Extended Universe alongside Brendan Fraser as Batgirl’s adversary Firefly, with Michael Keaton returning to play an older Bruce Wayne.

But shortly after San Diego Comic-Con attendees noticed the title wasn’t included in DC’s upcoming releases slate, the company announced it would never see the light of day, reportedly preferring to recuperate its $90 million cost as a tax write-off.

The unceremonious vaulting of “Batgirl” is only the latest and most public example of the bloodletting in progress at Warner Bros. Discovery. And if you watch TV, chances are that if the merger hasn’t already impacted your watch list, it will at some point soon.

What does all of this mean for your favorite HBO Max shows? Nobody can say answer that right now with absolute certainty, but we can make a few educated (and hopeful ) guesses. Critical and award jury favorites like “Hacks” and “Julia” are probably safe. On Twitter, “Peacemaker” creator James Gunn reassured fans that John Cena’s hero isn’t going anywhere.

What about other highly championed series that people are still discovering, such as “Our Flag Means Death” or “Made For Love”? Who knows. The only safe bets in this stable right now star dragons.

It’s a lot to wrap our heads and hands around — too much, truly, to cover in one place. But to provide a smidgen of context, here’s a basic overview of what’s going on and what to expect. 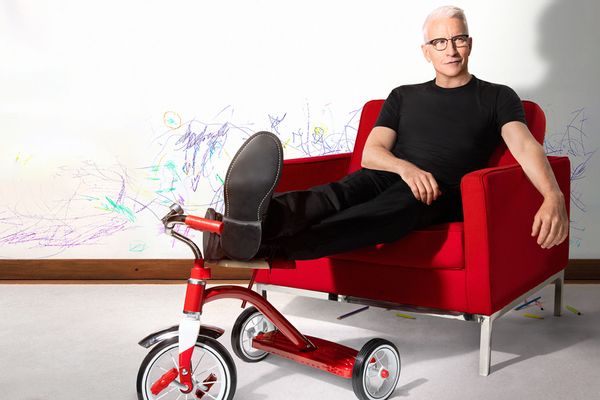 Parental Guidance with Anderson Cooper (Photo courtesy of Warner Media/CNN+)Few corporate marriages have fueled as many anxious headlines as the new union between what used to be Discovery Inc. and Warner Bros., which was completed in April. The former is known as the home of Shark Week and the “90 Day Fiancé” brand of mental Novocaine. The latter produces every DC-related comic book title that you can think of, in addition to owning HBO Max, home to HBO’s library of industry award magnets that debut first on cable (Sunday shows like “Succession,” “Westworld”) along with its own slate of streaming originals (“Hacks,” “The Flight Attendant,” etc).

What does all of this mean for your favorite HBO Max shows? Nobody can say answer that with absolute certainty.

These are the brands and just a couple of the titles that come to mind when glancing at the company’s new name. But what most people may not know is that this newly blended family also includes – on the Discovery side – Food Network, TLC, Investigation Discovery, Travel Channel, MotorTrend, Animal Planet, Science Channel, OWN: Oprah Winfrey Network, and Chip and Joanna Gaines’ Magnolia Network, which still holds that new car smell. Meanwhile, Warner Bros. already absorbed what was once the Turner Broadcasting brands, including Cartoon Network, CNN, TNT, TBS, and TruTV.

Put all of this together and you have an unwieldy media behemoth bent on dominating movie, cable, and streaming. HBO Max was already in great shape before all of this. Sometime in 2023, HBO Max will combine its vast library with everything that’s on Discovery+ on a yet-to-be-named streaming service. Right now each HBO Max and Discovery+ reach 92 million subscribers worldwide.

However, newly anointed Warner Bros. Discovery CEO David Zaslav isn’t marveling at that opportunity. He’s reacting to the company’s $53 billion in gross debt and has unsheathed his machete and blowtorch. Days after the merger became official, Zaslav snuffed out CNN’s streaming news network CNN+ in its crib. On April 29, he went on to disintegrate most of the Warner Bros. Discovery-produced Arrowverse shows that aired on The CW, including the much-loved “Legends of Tomorrow.”

Whatever streamer that emerges from the wreckage this clumsy kaiju creates by stomping all over Hollywood’s creative community still needs to add 40 million subscribers to break even, and that’s unlikely to happen any time before 2024 or 2025. 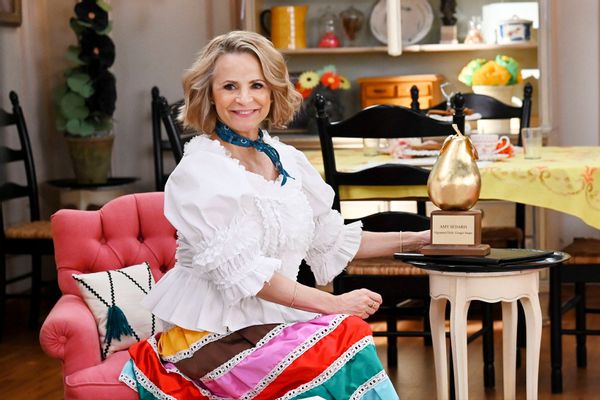 At Home With Amy Sedaris (Photograph by Phil Caruso/TruTV/WarnerMedia)There are two things to know about Zaslav: One, he was never a fan of his predecessor’s pandemic gamble of streaming theatrical releases on HBO Max or producing movies expressly for the service, to build its subscriber base. Two, he’s a fan of reality programming – although in a recent quarterly earnings call, Zaslav offered nothing but praise for chief content officer Casey Bloys’ stewardship of HBO and HBO Max’s series development.

Hence, it’s not entirely shocking that in addition to the burials of “Batgirl,” which was in post-production and a planned sequel to the animated movie “Scoob!,” several made-for-HBO Max movies have already disappeared from HBO Max including “Charm City Kings,” “An American Pickle,” “The Witches,” “Moonshot,” “Superintelligence,” and “Locked Down.” The LeBron James-produced remake of “House Party” was supposed to premiere a little over a week ago, but that’s also been benched.

Maybe you never planned to watch any of these movies or may be comforted to know you can rent them via video on demand. But HBO Max subscribers may have been counting on discovering these, along with newer shows and past examples of a favorite creator’s or performer’s work, without paying an extra fee.

The quiet disappearances of several HBO-branded shows from the service mean that’s no longer a given. 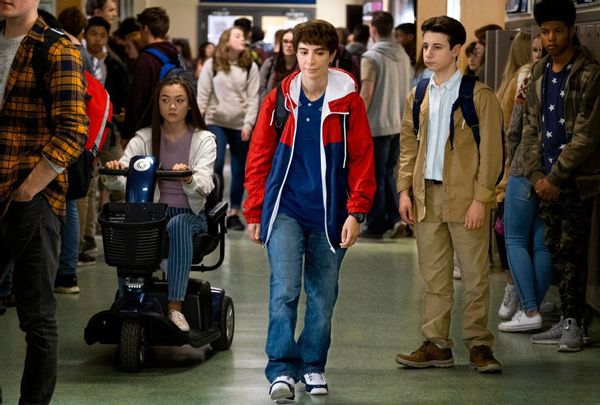 It doesn’t end there. Cult gems such as “At Home with Amy Sedaris” and “Chad” are gone too. Their defenestration follows the cancellations of their basic cable siblings, including TNT’s “Snowpiercer” and TBS’ “Full Frontal with Samantha Bee.” 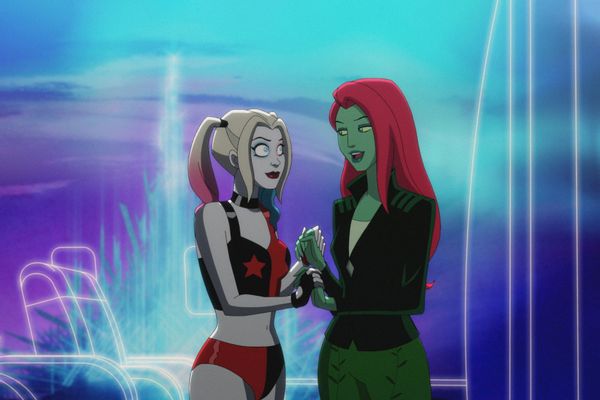 Harley Quinn (Courtesy of HBO Max)Zaslav was unequivocal regarding his disdain for his predecessor’s straight-to-streaming movie model. As for how he sees the value of HBO Max’s originals (i.e. its TV shows) that’s tougher to deduce.

According to several industry trade reports, the series and movies targeted for culling weren’t popular with HBO Max subscribers but came out recently enough to qualify for a tax write-down. (Ask your accountant to explain amortization.)

The new Warner Bros. Discovery regime has demonstrated a willingness to shelve finished or nearly finished projects to save a little cash.

Those listed above are merely the missing that regular viewers have noticed so far. More disappearances are coming.

But this also means that existing shows deemed to be under-performers probably won’t get additional seasons, which may not bode well for critically beloved DC titles such as “Harley Quinn” or “Doom Patrol,” which also features Brendan Fraser. (That’s right, Zaslav is negatively impacting the Brendan Fraser Renaissance. For shame!) 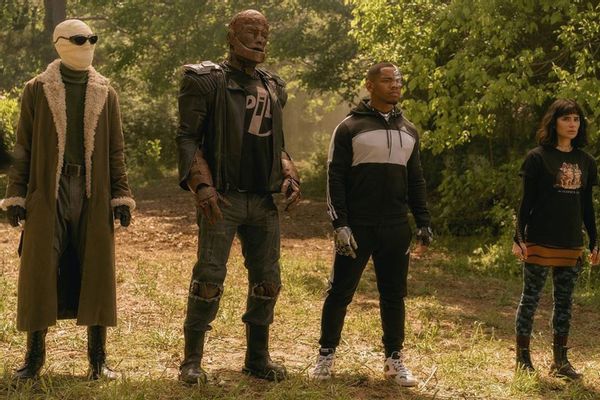 “Harley Quinn” is directly connected to the Batman brand, as well as “Suicide Squad,” so there may be hope for it. Plus, its third season recently debuted on HBO Max. “Doom Patrol” is more of an edge-case title that mainly connects to the Justice League via Cyborg. The good news is that production on the fourth season began in February.

Then again, the new Warner Bros. Discovery regime has demonstrated a willingness to shelve finished or nearly finished projects to save a little cash. Hopefully that financially motivated ruthlessness doesn’t extend to established shows. But don’t hold your breath. 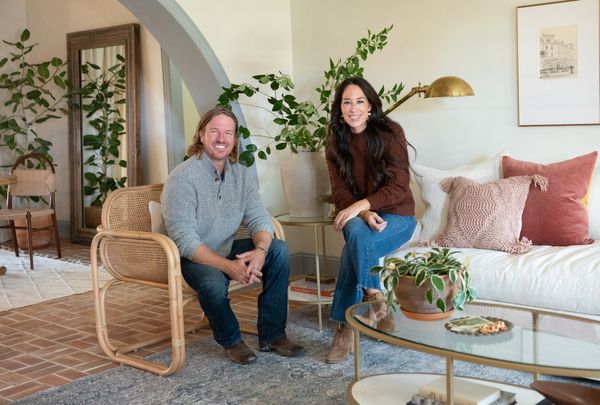 There are plenty of numbers to parse related to ratings and revenue, but we’re still in the early days of Warner Bros. Discovery. Nobody can say with any authority how it will look a few months from now, let alone in a year.

What we’ve seen so far, however, is concerning. Mergers always result in significant job losses, and according to early reports, an estimated 70% of the streaming service’s development team was (is?) set to be laid off, joining the scores of personnel that have already been shown the door.

“Our strategy is to embrace and support and drive the incredible success that HBO Max is having,” Zaslav said. “It’s at a very unique moment. We think it’s an extraordinary asset. It’s an extraordinary advantage. I’ve said this before: it’s not how much, it’s how good.” Which provides no concrete assurances that those layoffs aren’t coming.

Regardless of that, or the swirl and blending of two massive content oceans, there’s no getting away from the probability that the amount of inclusive content and diversely staffed productions will decrease. As an example, a recent press release touting Magnolia Network’s impending addition to HBO Max promises a selecting of “curated” content, listing a few titles planned for the line-up. “Homegrown,” one of the few Magnolia titles featuring a non-white host, was not among them.

A representative from the network told Salon that additional titles would be confirmed closer to the launch of Magnolia’s spotlight page. That doesn’t soothe my worries.

One person’s curation is another’s culling, and the Warner Bros. Discovery house cleaning exemplifies this. Though the libraries will be expansive once the content deck is finally shuffled, in the short term the result will be fewer creative scripted swings. Expect that, along with an uptick of reruns and game shows on basic cable channels that once boasted vibrant original prime time slates. The merger may have expanded the media corporation’s reach, but brace yourself. When one company controls this many streams, your viewing options will almost certainly narrow in fundamentally important ways.