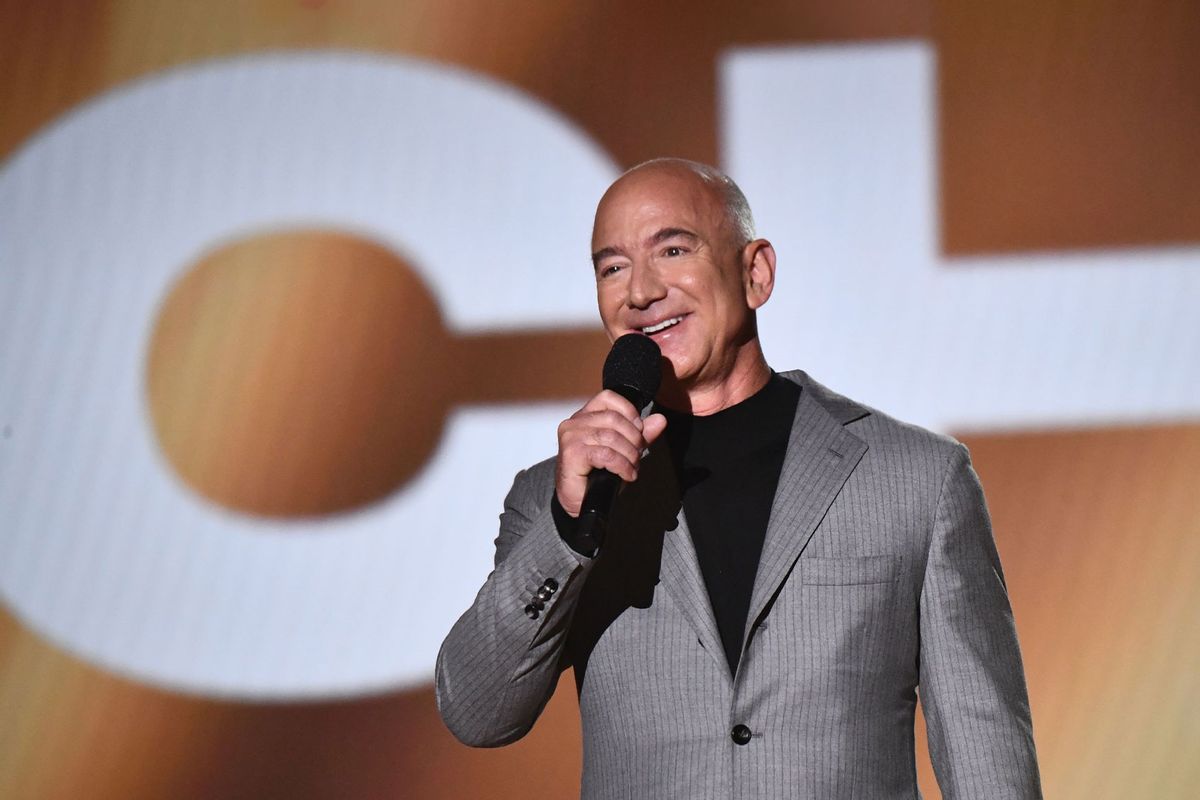 Jeff Bezos is raising not more than a few eyebrows with his latest pronouncement.

In a CNN interview on Saturday, the Amazon founder claimed he plans to donate the bulk of his $124 billion fortune to charity focused on fighting climate change and supporting “people who can unify humanity in the face of deep social and political divisions.”

The recent pledge marks the first time Bezos has explicitly announced that he’ll give away most of his lifetime wealth. It also precedes a new report from The New York Times, which details Amazon’s plans to lay off as many as 10,000 employees this week. The cuts will likely affect the company’s devices business (which includes numerous Alexa-powered products), human resources and its retail unit.

Bezos, alongside his partner Lauren Sánchez, told CNN’s Chloe Melas that they are “building the capacity to be able to give away this money.” One avenue is via the Bezos Courage and Civility Award, which was awarded to legendary singer-songwriter Dolly Parton on Saturday. The $100 million philanthropic grant was previously given to chef Jose Andrés, who has used some of the money delivering food relief to Ukrainian refugees, and CNN contributor Van Jones, who is also a criminal justice system reform advocate.

“When you think of Dolly. Look, everyone smiles, right?” Sánchez said during the interview, which aired on Monday. “She is just beaming with light. And all she wants to do is bring light into other people’s worlds. And so we couldn’t have thought of someone better than to give this award to Dolly, and we know she’s going to do amazing things with it.”

Parton took to Twitter after receiving her award, writing, “I try to put my money where my heart is. I will do my best to do good things with this money. Thank you @JeffBezos #LaurenSanchez”

The country superstar is well known and beloved for her philanthropy. Amid the ongoing pandemic, Parton donated $1 million to Vanderbilt University Medical Center, which partly went towards funding Moderna’s COVID-19 vaccine. She also inspired a love of reading among children through her Imagination Library book gifting program and provided full tuition for all employees working at her theme park, Dollywood.

Both Bezos and Sánchez are still deciding how to distribute the rest of his hefty net worth. Bezos — who is currently the fourth-wealthiest person in the world, according to the Bloomberg Billionaires Index — declined to share a specific percentage or provide further details on where his money would likely be spent. He also has not signed the Giving Pledge, which encourages the world’s wealthiest individuals to dedicate most of their wealth to charitable causes.

Though he didn’t confirm it during the interview, Bezos is reportedly interested in buying the Washington Commanders with rapper Jay-Z. When asked about the joint bid, Bezos told Melas, “I grew up in Houston, Texas, and I played football growing up as a kid . . . and it is my favorite sport . . . so we’ll just have to wait and see.”

As for his grand monetary plans, Bezos said, “The hard part is figuring out how to do it in a levered way.”

“It’s not easy. Building Amazon was not easy. It took a lot of hard work, a bunch of very smart teammates, hard-working teammates, and I’m finding — and I think Lauren is finding the same thing — that charity, philanthropy, is very similar.”