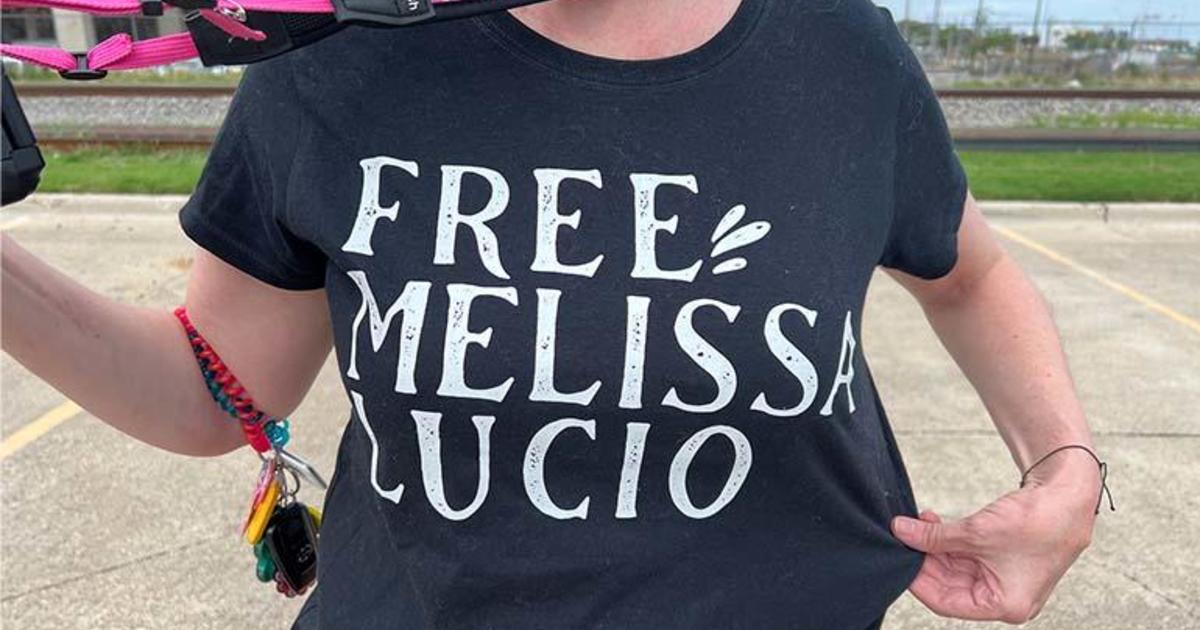 DALLAS (CBSDFW.COM) – From coast to coast, the fight to save Melissa Lucio hit the streets on Saturday, April 23, 2022.

She was convicted of killing her 2-year-old daughter Mariah in 2007.

Now at 53-years-old, she’s on Texas’ death row and is scheduled to be executed next Wednesday.

But there are pleas from her supporters, including her family, lawmakers, and even celebrities, to save the life of a woman they believe was unjustly convicted..

To help drive attention to this case, Lucio’s supporters placed a banner above interstate traffic along I-30 and Hotel Street in Dallas to send a message.

“The hope is that justice will be served and she won’t be executed,” said Lucio supporter Richard Thomas.

“We figured a banner drop would bring more attention as people drive and look up and wondering what’s going on with Melissa Lucio,” said Lucio supporter Carmen Ayala.

If Lucio is executed, she would be the first Hispanic woman to receive the death penalty in Texas.

“That’s why it also resonates with me as a Latina woman, because if I don’t stand up or speak for another Latina woman, I can’t expect that for me,” added Ayala.

Lucio’s attorneys are seeking clemency, calling on the Texas Board of Pardons and Paroles to recommend that Texas Governor Greg Abbott commute her sentence before she is executed on Wednesday.

At trial, prosecutors argued Lucio was an abusive mother who likely caused injuries resulting in Mariah’s death. However, Lucio’s attorney’s say the injuries were from an accidental fall.

Meanwhile, her supporters say they’re hopeful their efforts will work and that Lucio’s sentence will be commuted.

“If I didn’t believe she was innocent, I wouldn’t be out here doing the work that I do,” said Ayala.

It will be up to Texas Governor Greg Abbott, the Texas Board of Pardons and Parole, and the current Cameron County District Attorney to stop the execution from happening before Wednesday.