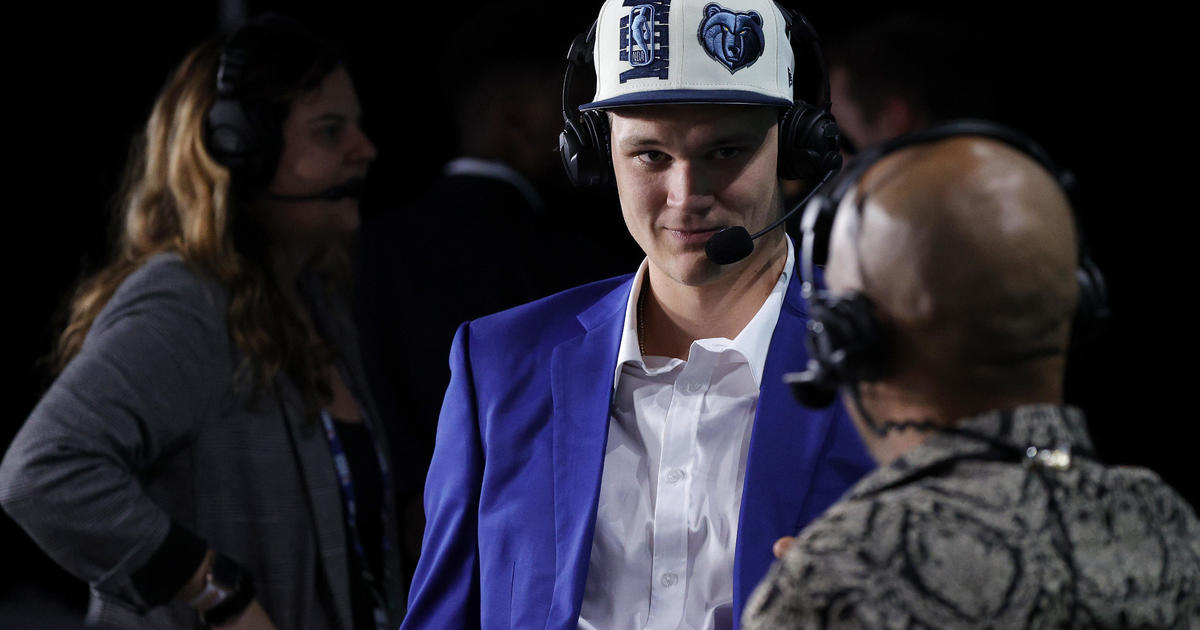 MINNEAPOLIS — The Minnesota Timberwolves have added a potential rim protector to complement star Karl-Anthony Towns, reportedly acquiring 7-foot-1 Auburn center Walker Kessler in a draft pick swap with the Memphis Grizzlies that netted them an additional first-rounder on Thursday night.

The Timberwolves took Wake Forest forward Jake LaRavia with the 19th pick for the Grizzlies, and according to multiple reports gained the No. 22 and No. 29 selections in the swap.

The Grizzlies officially made Walker, who won two national defensive player of the year awards and was widely considered the best shot-blocker in this draft, the No. 22 pick for the Wolves.

The Athletic and ESPN reported that the Wolves then sent No. 29 to Houston, which made Duke forward Wendell Moore Jr. the No. 26 selection (via Dallas) for Minnesota. Moore was the second-leading scorer on a Duke team that was loaded with future pros. The Wolves will also reportedly give up future second-round picks as part of those swaps.

The trades were still pending league approval and official announcement by the NBA.

In their first draft under new president of basketball operations Tim Connelly, the Wolves – coming off a 46-win season and just the second playoff appearance of the last 18 years – took advantage of some depth in the bottom third of the first round to pick up an additional prospect.

Rebounding is one of their biggest needs, with a power forward the most obvious position to add on the roster, but the versatility of Towns also allows him to play the No. 4 spot and play next to the type of traditional center that Kessler could be.

The Wolves didn’t have any picks in the draft last year, owing both of them to Golden State to complete the trade that landed D’Angelo Russell and sent Andrew Wiggins to the Warriors in 2020.

The Wolves have embarked on yet another era of leadership in their front office, this time under Connelly after luring him east with a lucrative contract following a well-regarded nine-year run with the Denver Nuggets. Connelly has since loaded up with lieutenants, hiring former New Orleans Pelicans general manager Dell Demps and former Orlando Magic executive Matt Lloyd and retaining executive vice president Sachin Gupta.

Connelly has referred to himself as just “a scout at heart with an elevated title,” but the moves the Wolves make this summer and next will go a long way toward shaping his legacy with an on-the-rise team that finished seventh in the Western Conference this season. With the 41st overall pick in the second round for the Nuggets in 2014, Connelly directed the franchise-altering selection of Serbian center Nikola Jokic – now a two-time NBA MVP.

The most critical decision of Connelly’s first year will probably come after the draft, since few No. 19 picks are expected to or capable of significant impacts on playoff teams.

Russell is about to enter the final year of his contract, carrying a salary cap hit of more than $31 million, and he has not established the consistency and reliability demanded of a max player. Russell was benched in the fourth quarter in favor of Jordan McLaughlin at point guard in the final game of Minnesota’s first-round series against the Memphis Grizzlies.

The Wolves will also be eligible to offer Towns a max extension this summer.