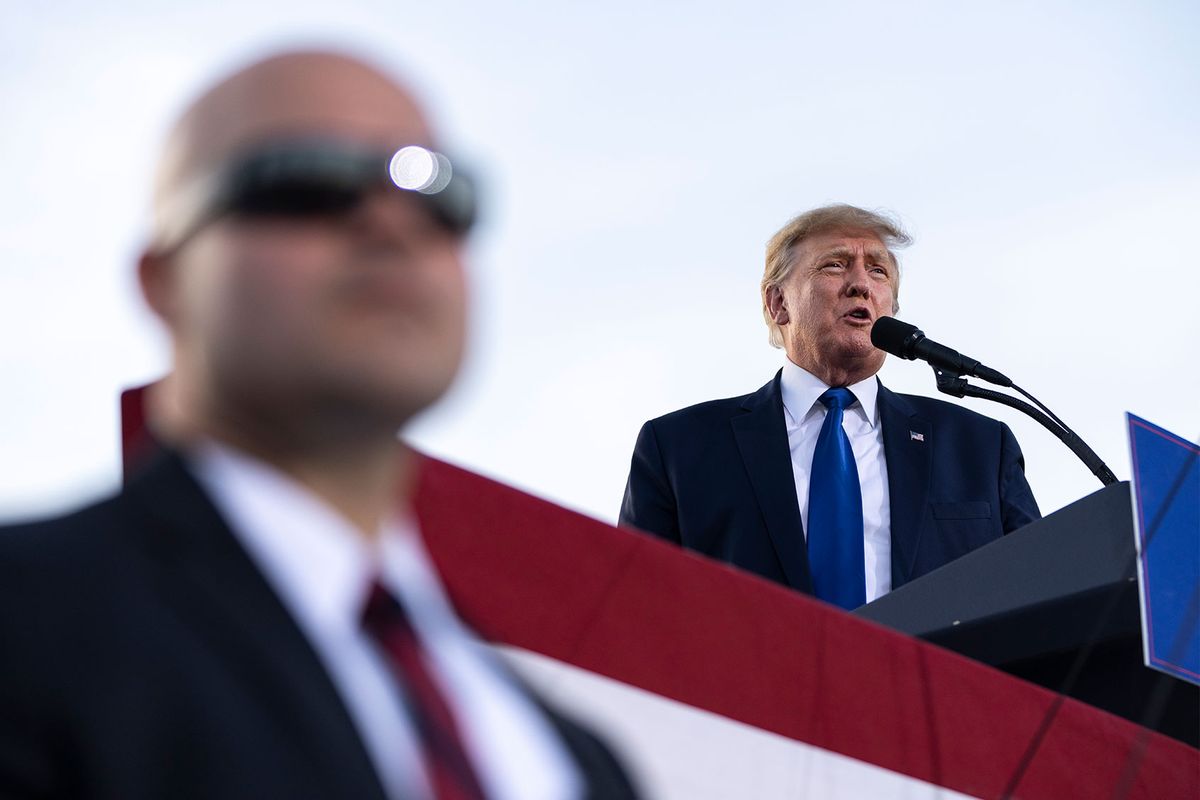 Former President Donald Trump testified that he feared being pelted with “very dangerous” fruits — specifically tomatoes, pineapples and bananas — at rallies, according to transcripts from an October 2021 deposition filed Tuesday in court.

As The Daily Beast first reported, Trump made the revelation while being questioned under oath in a civil lawsuit brought by protesters who alleged that “they were assaulted by his security guards outside his New York offices in 2015.”

Examining whether Trump had “incentivize[d] people to engage in violence,” an attorney representing the protesters zeroed in on remarks made by the Republican politician during a 2016 campaign speech in Cedar Rapids, Iowa.

“If you see someone getting ready to throw a tomato — just knock the crap out of them, would you?” Trump said during the speech.

When asked about that statement, Trump testified that his election team had received a very specific threat: “They were going to throw fruit.”

“And you get hit with fruit, it’s — no, it’s very violent stuff,” Trump continued. “We were on alert for that.”

There’s a well-established history of protesters hurling foods such as eggs, milkshakes, and yes, tomatoes at politicians. While officials have a history of making statements that equate these items to dangerous weapons — like when police in Portland made unsubstantiated claims that left-leaning protesters were tossing “quick-drying cement” disguised as milkshakes — protesters who slug food typically seek to embarrass rather than harm their targets.

As Dr. Ivan Golobov, a politics teaching fellow at the University of Bath who specializes in radical youth subcultures and anti-politics, told The New Statesman, “today’s politics are hugely performative.”

RELATED: “Lactose against intolerance”: How milkshakes became a tool for protest and sparked police mistrust

“Street action itself is worth almost nothing if it does not have an online follow-up,” he said. “Milkshake on a figure who pretends to be serious and well-established has become an incredibly powerful image destroying the platform of seriousness.”

However, Trump maintained during the deposition that hurled tomatoes were “very dangerous stuff.”

“You can get killed with those things,” he said.

Trump indicated that he wasn’t attempting to incite violence, but rather he wanted “people [to] be ready because we were put on alert that they were going to do fruit.”

For what it’s worth, no one at the event “did fruit,” though the cross-examining lawyer asked if Trump thought an appropriate response to seeing someone with a tomato in the crowd would be having someone “knock the crap out of” them. Trump promised attendees that he would pay the legal fees of anyone who beat up protesters.